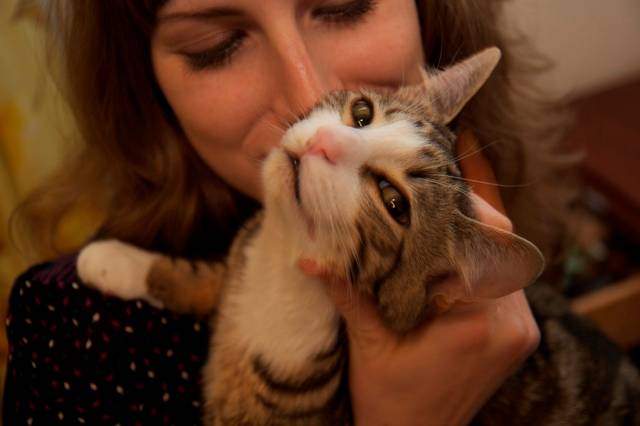 Your bands and role/instrument:Â Lead singer/guitar player in The Abramson Singers.

Â What does Buster eat? 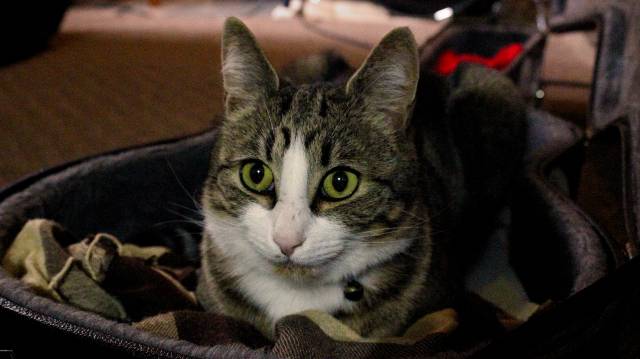 What is theÂ most impressive thing that BusterÂ has murdered?

Besides a few big rats (that he thankfully left outside), I once came home to a starling, alive, inside the house, perching on the indoor clothesline in the basement. It was huge, and injured, and to get it outside again I had to chase it around the house. I felt pretty bad about that one. Thankfully he’s too smart (or scared) to pick on the crows.Â He has a bird bell, but itÂ has limited results.

He got stuck in my laundry hamper for a few hours, and I didn’t know where he was because he was just napping.Â  Eventually he started meowing and trying to claw his way out. 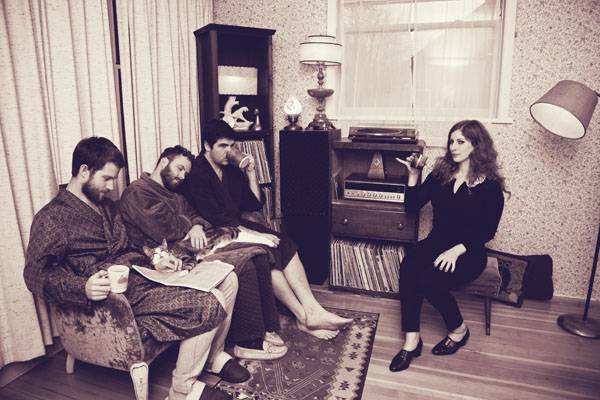 At this moment, it’s unclear whether Buster will be accompanying Leah and her band on their UK tour, which beginsÂ Mar. 14. But we are sending them all of our hometown love for the shows.