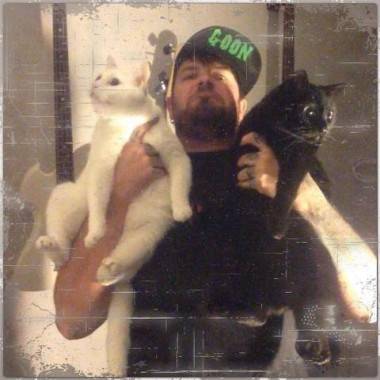 Your deal: Bass guitar in Legion of Goons

My black cat’s name is Marley, AKA Marls Von Marlonstien aka Mr. Monster aka Dude. My white cat’s name is Dotty, aka Dotty Von Dots a Lot aka Jerks McGillicutty aka Chunky Monkey aka Tons of Fun.

What are Dotty and Marley’s origin stories?

Marley was originally adopted by a bad man who named him Clark and forced him to work in a chain gang-style sweat shop, assembling novelty dollar store laser pointers. The conditions were horrible, there was one cat box for 27 cats. No treats, no cat grass and only enough food and water to barely survive – some didn’t.

If the daily quota wasn’t met, the cats were punished, sometimes physically and mentally tortured. TheseÂ were dark times indeed. Clark had had enough. What little time he was given for rest and leisure, he spent fashioning a makeshift laser weapon out of stolen and spare parts. This was the key to freedom.

It was a morning like any other, 4 a.m. wakeup call, the two guards bellowing laughter and stories of drunken conquest was barely enough to drown the echoes of dragging paws and rattling chains as they led the shackled cats down the long corridor past the main entrance to the door of the production floor.

As guard number one fumbled with the keys to unlock the door he felt a tap on his shoulder. He turned to find a wide-eyed look of disbelief on guard number two and spun around to investigate. Clark was out of line – his shackles had been severed and lay at his feet. In his right paw Clark was holding what looked to be your average everyday dollar store laser pointer.

Chuckling uneasily, the guard crouched, made a kissy noise and rubbed his thumb and forefingers together inÂ hopes of coaxing Clark back in line. As if to say Not this time, motherfucker, Clark slowly shook his head and drew hisÂ weapon and cut the two guards RIGHT IN HALF- IT WAS GROSS!!Â Using his laser weapon again he cut a cat-door-sized hole in the main entrance, freed the captive cats, and lead them safely back to the nice people at VOKRAÂ (Vancouver Orphan Kitten Rescue Association).

Back at VOKRA headquarters, the rescued cats were cleaned up, spayed, neutered and well taken care of. Eventually all the cats and kittens were adopted by loving families and lived happily ever after. My family adopted Clark and changed his name to Marley to protect his identity. Your cat’s probably heard of my cat,, He’s a pretty big deal. He is a hero.

Dotty was adopted from a nice family in Calgary that send us pictures of her parents and siblings every year. 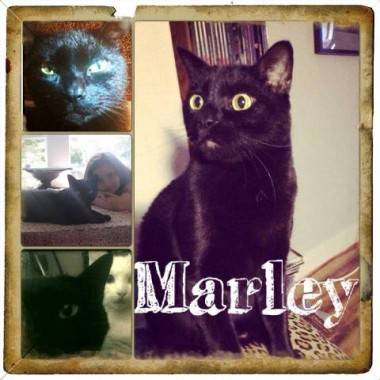 Â How long have you had Dotty and Marley?

What are Dotty and Marley’s breeds?

Who feeds your kittehs and what do they eat?

What are Dotty and Marley’s theme songs?

Dotty: Â “As Pure As The Arctic Snow” by GWAR.

Marley: “The Stroke” by Billy Squier.

If Dotty and Marley had a super powers what do you think it would be?

Â What do your cats listen to when they are getting ready to prowl? 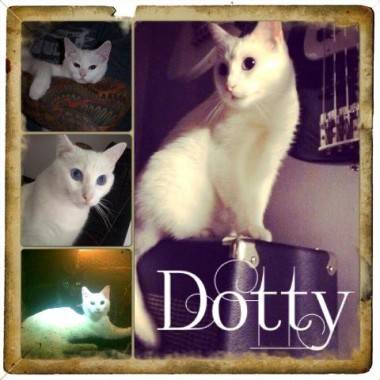 Marley can get a little cat boner without balls and Dotty LOVES the weed, she can and will sniff out and confiscate your stash. Both feats are a sight to see.

What is the last thing your cats have murdered?

Marley has done enough killing he is retired. Dotty was eating spiders from the Christmas tree last night.

Chill out, smoke Dotty’s weed that she lifted off some unsuspecting visitor, and watch reruns of South Park on allsp.chÂ Â (you’re welcome). 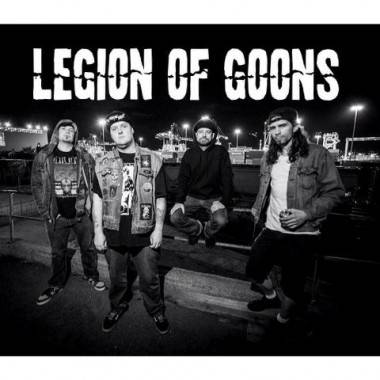 Legion of GoonsÂ will be playing for your Holiday Hangover at Funky’s on Dec.28 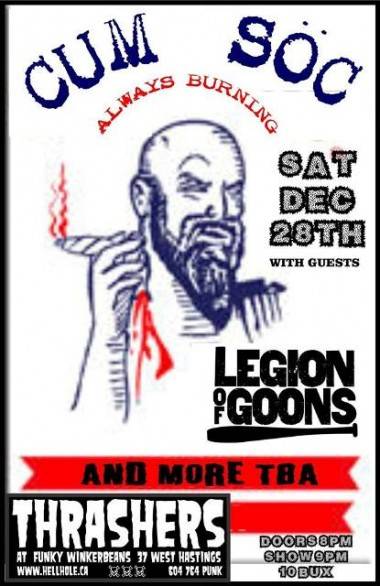 And then they willÂ beÂ paving the way into an epic 2014 with their show at Lanalou’s with The Strugglers and Wett StilettosÂ on Jan.4