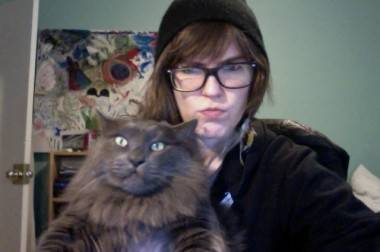 Your band affiliationÂ I play in a rock ‘n’ roll band called Hot Panda, and doodle around in other jazz/blues/cover bands in Vancouver.

What’s your cat’s given name?Â Benjamin. 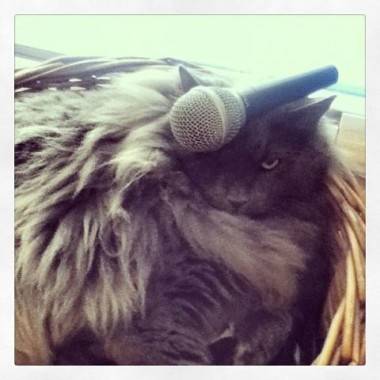 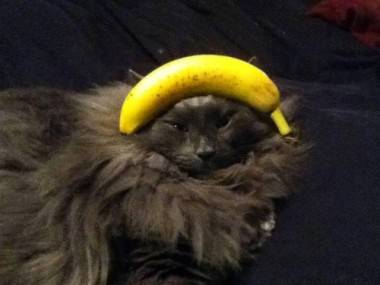 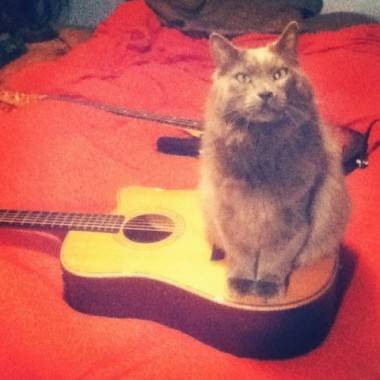 What’s your cats most heroic endeavour?Â

What is your cat doing on a Saturday night atÂ 9 p.m.?

Well… you know… he works hard all day. I be sure to rush home and get him the food he deserves – and only the highest quality natural canned chicken, it is the least I could do – he is so upset when IÂ  don’t have any food ready for him. But, you know, he would never say so. Then I make sure he gets a drink and a cigarette and give him lots of time to nap or relax on the couch. I should be cleaning anyway… I am glad he can have some quiet time. 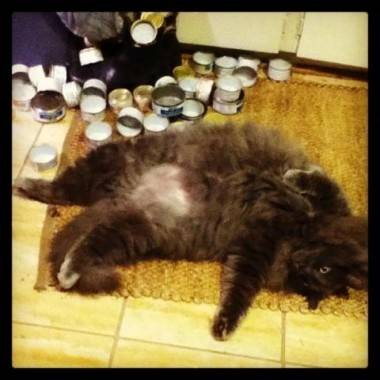 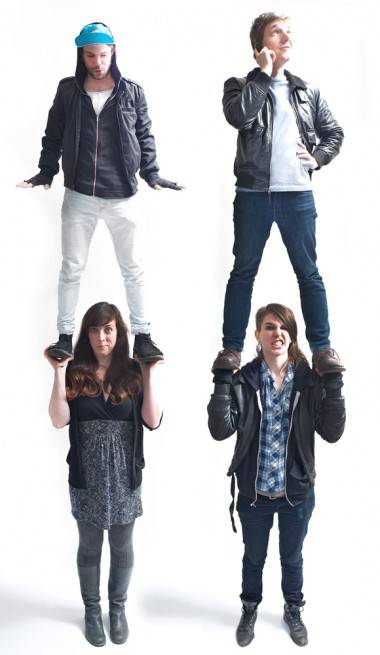