Your deal: I am one of three in the cold post-punk band liÃ© (pronounced lee-Ay). I play drums.

Sid Vicious is a girl with a boy’s name. Nikki, Jeremiah and Evan named her undoubtedly from her demeanour because she used to be crazy. She was a street cat. We like to think that her street nickname was Snowflake. I heard her original name was Lego.

My boyfriend and I adopted Sid from Nikki (Modern Creatures, Terrorbird), Evan and Jeremiah (both are currently in Defektors) in February of 2010. They have an all white cat named Catty. Catty ran away one day and a few days later, Sid sauntered into their house and they thought it was Catty, so they started taking care of her. Later, Catty came home and they realized that Sid was NOT Catty, and they had two white cats who did not get along with each other. When I heard that Nikki and Jeremiah were going on a European tour I asked them if they needed a cat sitter and they asked me if I wanted to adopt Sid. We started with a trial period which involved a lot of catnip and blood drawn and we have had her now for three years. Sid has gone from a completely evil, scared rescue pet to a much sweeter cat (to us). She doesn’t do being held or cuddling, but we give her rubs now and she talks. The SPCA vaccinated and spayed her. 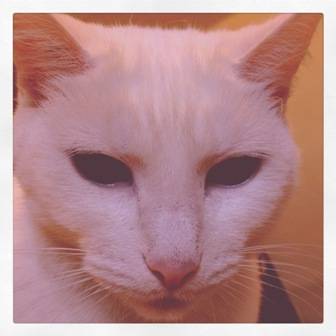 We let her self-feed on fancy kibbles and a little lump of wet food a few days a week, she tries to supplement that with birds. She likes to eat garbage and will taste my coffee now and then.

Defektors’ “Bottom of the City”. It speaks of Vancouver so well and Sid loves alleys and rainy Vancouver streets.

Is your cat more likely to fall asleep on a pile of cassettes or a pile of records?

What doesÂ  Sid listen to when it’s getting ready to prowl?

Animal Bodies, Koban or //Zoo. Only vinyl, of course.

See below: “last thing your cat murdered.” Our most popular story is that she fights racoons, and wins. She is the neighbourhood bully cat. She doesn’t waste her time with knocking over glasses or ruining house hold plants, she is really focused on outdoor hunting. And getting her nip.

What is the last thingÂ  Sid hasÂ murdered?

I was gifted some of a bird – she left the head, wings, heart and lungs, right next to her food bowl. It looked like a surgeon did it. I also found the feet later hidden away. WTF!!! 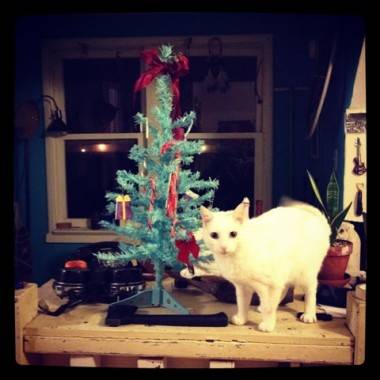 What do you thinkÂ Sid gets up toÂ while you are asleep?

She runs up walls, which is scary like The Exorcist. I read on the internet that when a cat climbs on your chest, the cat is checking your organs to see if you will be dying soon. I believe it. 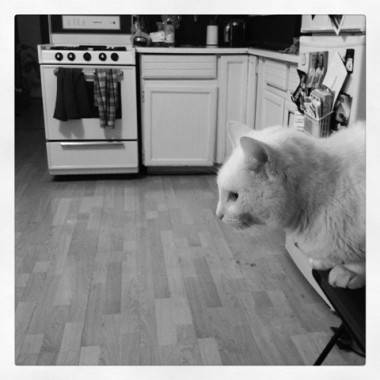 If you woke up inÂ Sid’s bodyÂ andÂ sheÂ woke up in yours in a weird Freaky Friday style switch-up, what is the first thing you thinkÂ she would do?

Kill me for revenge? Get drunk? Throw a house wrecker party?

liÃ© has aÂ Â new LP out in late February!

Plus they have a show on Friday Dec. 13 at Red Gate 855 E Hastings with lots of bands! 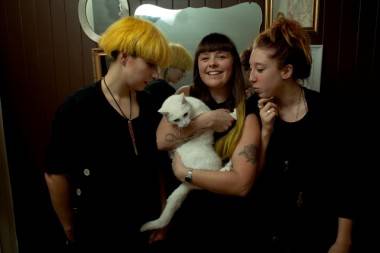