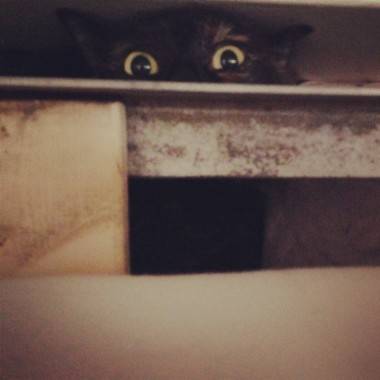 Breeds: “Tortoiseshell/gorilla” (Jeremy Bentham) and “Siamese & something or other–she’s a lot of things mixed together” (Marlene)

Penny: Jarrett or I do, we feed both cats at once so we trade off meal times OR one of us manages to successfully claim they are too tired to do anything and the other person feeds them both times. Before Jarrett and I moved in together, Jeremy would only eat dry food, she didn’t even like wet food, and then she found out Marlene was getting wet food and that was all over.

Now they spend a significant amount of time plotting about how to eat the other cat’s share of wet food.

Jarrett:Â As Penny stated, we trade off feeding the cats. Marlene is very high maintenance, but I give her a break because she’s old. Feeding her requires mushing a thyroid pill and a potassium gel into her wet food and then adding water because she doesn’t drink enough. Then she’ll eat half of it and go try to eat Jeremy’s, because of course she would.

Sidenote: she is a tiny, perfectly round tub.

What is their most inconvenient sitting place? Â

Penny: For some reason, Jeremy really likes sitting inside Jarrett’s pants when he’s not using them. She used to sit behind the toilet, which was weird but she’s stopped doing that now. She also likes to sit directly on the chests of people who are lying down, eye to eye with them.

This is inconvenient because she is extremely heavy. She’s all muscle, like a little gorilla. She can lift most things.

Jarrett:Â Marlene likes to sit wherever you are, pressed directly against you, and usually with her tail hitting you in the face. She has a chair in the house that is literally only for her to sleep on – she has had this chair for about ten years and it serves no other purpose. She loves it. But not as much as she likes clambering over your face to plop her belly fat down over your nose and mouth while you sleep. 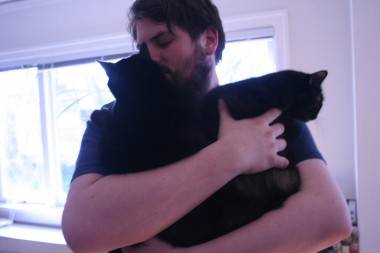 What do they listen to?

Penny: Hopefully she listens to relaxing ocean sounds or whatever because she’s pretty high strung. I got her from the SPCA and they found her in the wilderness. I don’t know what happened to her in her past but she was labeled “Anxious Type 2”. I don’t know what that means exactly but it suits her personality pretty well.

Jarrett:Â Marlene was a stray on the streets of Hamburg, Germany, and she is an old lady, so I like to think she has a classic German sensibility. Lots of her namesake, Marlene Dietrich, and Nico, and Ute Lemper.

Jarrett:Â Always. How to get Jeremy’s food/How to gain your attention/Where to pee that is outside of the litter box/When to pee outside of the box so that you are at your most tired and run-down and have as little spirit to muster as possible. She is always scheming. She is a jerk.

The kitteh’s have already heard the songs a zillion times, but Â Tough Age’s new album is out Nov. 11 from Mint Records. You can soak it up in real lifeÂ at the Biltmore for their Nov. 16Â release partyÂ which is gonna be so crazy awesome that it’s basically GUARANTEED someone will be peeing outside of the litter box later that night. 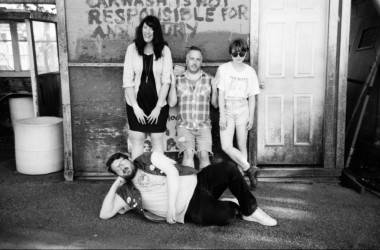 The name of the band is Tough Age. 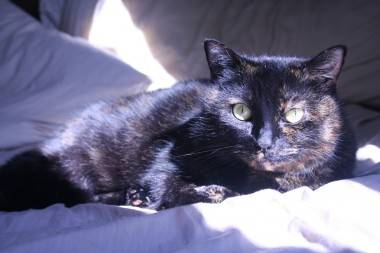 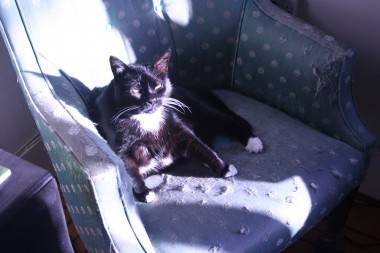 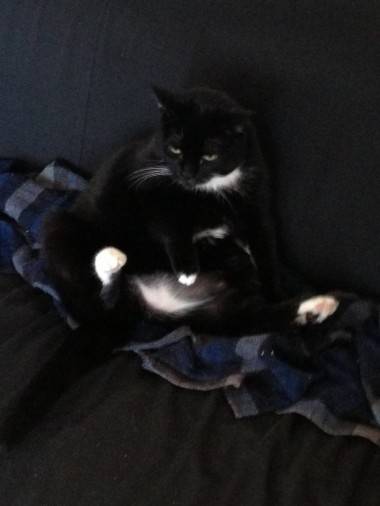 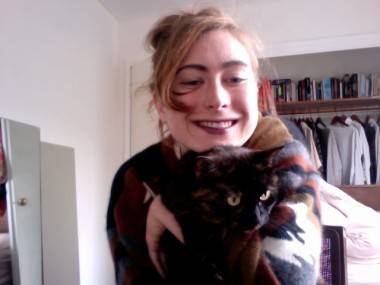