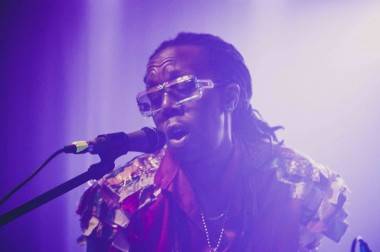 Shabazz Palaces still touring in support of their 2011 debut, Black Up. The out-there Seattle hip-hop act plays the last show of the tour tonight, May 10, at Fortune Sound Club in Vancouver.

The group is the brainchild of one Palaceer Lazaro (Ishmael “Butterfly” Butler). Black UpÂ was one of the most critically lauded records of 2011, and landed in Best of lists at SPIN, LA Times, The New Yorker, Pitchfork and more. Lazaro/Butler is apparently working on a new Shabazz Palaces record, but no details have been forthcoming.