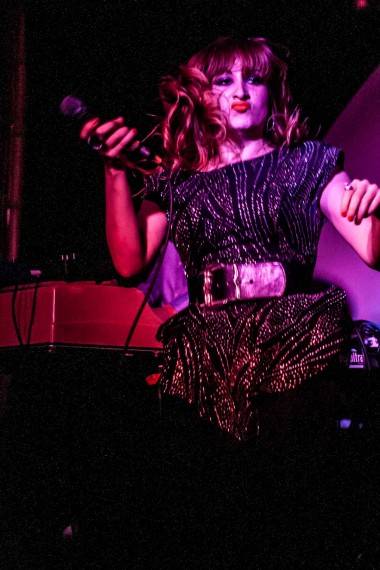 In anticipation of their debut LP release on Tuesday, November 13, NYC’s Midnight Magic graced the stage at The Waldorf Hotel, Vancouver, last Friday.

Anchored by former “H&LA” alumni Carter Yatusake, Morgan Wiley, and W. Andrew Raposo and powered by the enormous vocals of chanteuse Tiffany Roth, Midnight Magic teleported the masses to the dance floor this summer with their interstellar 12â€³ “Beam Me Up” on Permanent Vacation.

Albeit it a small crowd at the show, a dance party emerged and the six band members on stage couldn’t have looked happier. The smile and swagger of vocalist Tiffany Roth was infectious. From the powerful strength of Roth’s voice to the killer base lines courtesy of W. Andrew Raposo, it seemed the funk bug had hit everyone in sight. There wasn’t a still body in sight.
Song – Midnight Magic, “Diamonds”: