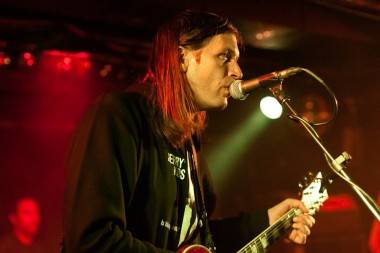 Evan Dando with The Lemonheads at the Biltmore Cabaret. Max Hirtz photo

Photos – The Lemonheads at the Biltmore Cabaret, Vancouver, May 4 2011

The Lemonheads, or at least a version of the trio, has reformed. Fronted by Evan Dando, the group is touring its breakthrough 1992 album It’s a Shame About Ray.

Besides playing that record, which includes songs like “Confetti”, “Rockin’ Stroll”, and “My Drug Buddy”, The Lemonheads are other tracks from their career as well, including their much-requested – at least last night – cover of The Misfits‘ “Skulls”.

More photos of The Lemonheads: