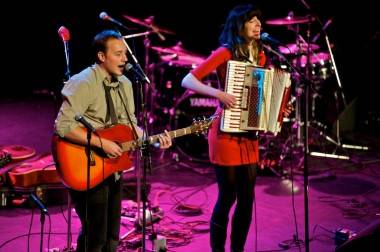 Brendan McLeod and Barbara Adler with The Fugitives at the Vogue Theatre. Christopher Edmonstone photo

Photos – The Fugitives at at the Vogue Theatre, Vancouver, Nov 2 2011

More photos of The Fugitives: