Lady Gaga has been super busy lately! She has an incomprehensible, trashy, somehow-demeaning-to-both-sexes, completely awesome new video for “Bad Romance”,Â  she makes a memorable cameo in Beyonce’s irritating, not-safe-for-epileptics video for the very annoying song “Video Phone” and she’s been popping up everywhere from the American Music Awards to Jay Leno, where she managed a chillingly precise performance, a wardrobe malfunction, and afterwards answered the question everyone wants to know. “What’s the worst rumour you’ve heard about you?” “That I’m from Yonkers.” Let us all give a little American Thanksgiving for this woman (or… person or whatever). 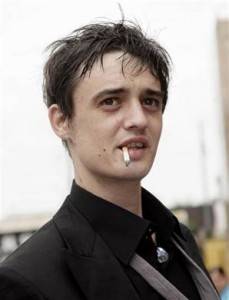