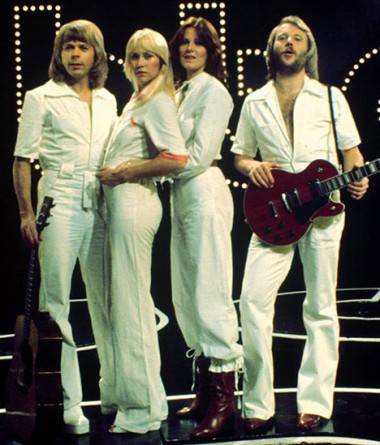 When asked which bands they would like to see back together, a group of over 1,500 Brits voted for ABBA, followed by the Police, Pink Floyd, The Smiths and Oasis. Also included were the Spice Girls. Somehow an ABBA reunion seems like it would be like some 1970s group relationship therapy session with senior citizens in gold lamÃ© jumpsuits – okay, if you’re into that kind of thing. Morrissey would kill poor Johnny Marr with one onstage withering gaze, and don’t the other bands periodically get back together whenever they feel in need of buying a new private island? More importantly, where are the Stone Roses and James I ask, you silly Brits?