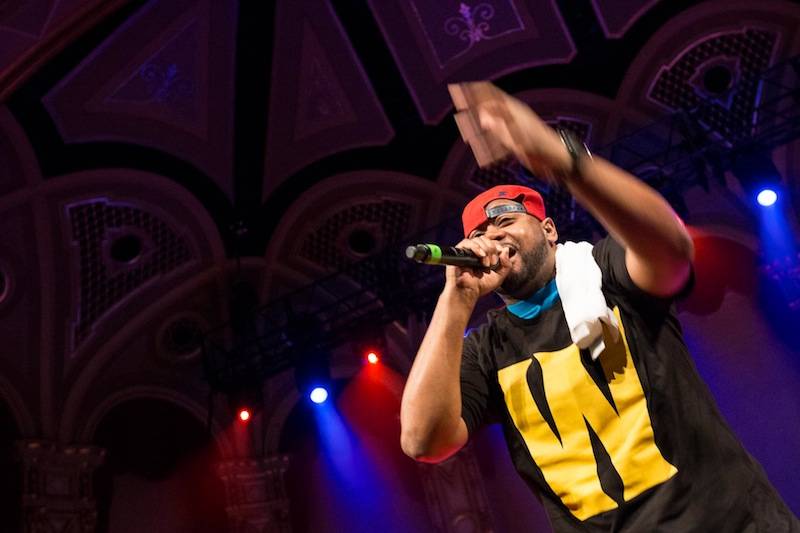 Since then, the Wu-TangÂ -Â independently and as a collective – have failed to reach the same heights as their early work, and have slowly fadedÂ away like stars flung into far corners of the galaxy.

Raekwon is one of the few who has continued to produce quality music. He raps about standard tropes like guns, money, and crime, but instead of empty braggadocio and posturing, heÂ tells stories. His rhymes paint intricate portraits of characters entangled in all sorts of situations, often reading like a Martin Scorsese gangster movie. Both Nas and Jay-Z have cited Raekwon as an influence, and you can hear an undeniable similarity in Action Bronson‘s work as well.

On Friday night, Raekwon -Â who released hisÂ sixth studio album, Fly International Luxurious Art, last April – played to a full house in Vancouver. On stage with just his DJ and a very stoned homie, he played a bunch of classic material alongside a smattering of new stuff. He definitely knew what the crowd wanted, performing songs by other Wu-Tang members like Ol’ Dirty Bastard‘s “Shimmy Shimmy Ya” and the entirety of “C.R.E.A.M.”