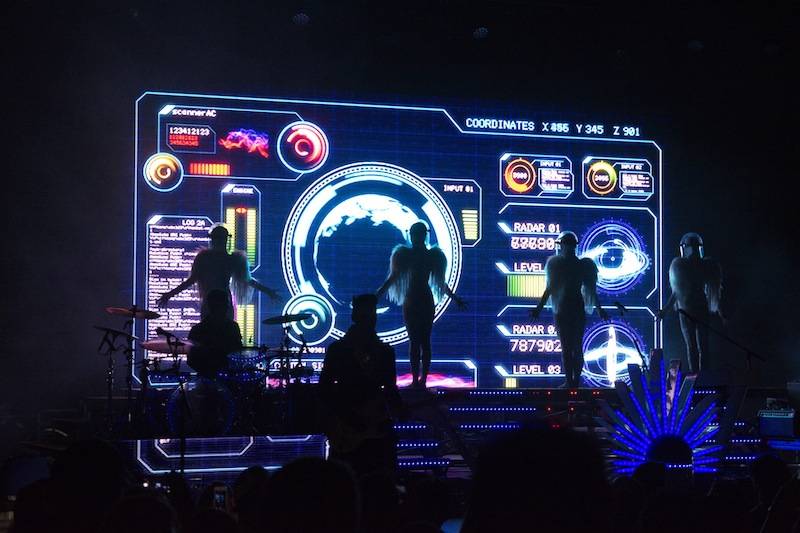 Back in late 2008, Empire of the Sun dropped their debut album Walking On A Dream and, suddenly, the duo -Â Luke Steele and Nick Littlemore, from Sydney -Â wereÂ everywhere.

The album went on to win both Album of the Year and Single of the Year at Australia’s ARIA Music Awards. Their second record, Ice On the Dune,Â appeared in 2013, complete with a backstory involving spirit animals, priests and some sort of magical jewel.Â DrawingÂ heavily from 80s synth-pop and sci-fi movies, Steele and Littlemore haveÂ developed a fully-formed musical and visual aesthetic. These guys don’t just write songs, they come up with concepts, man.

EOTS are renown for their elaborate live shows, and their Wednesday night set in Vancouver saw theÂ bandÂ uphold their reputation with gusto. Lead singer Steele split his time on stage wearing a spiky metallic headdress and a long black cape, and a silver cape that looked like it was adorned with tiny mirrors. 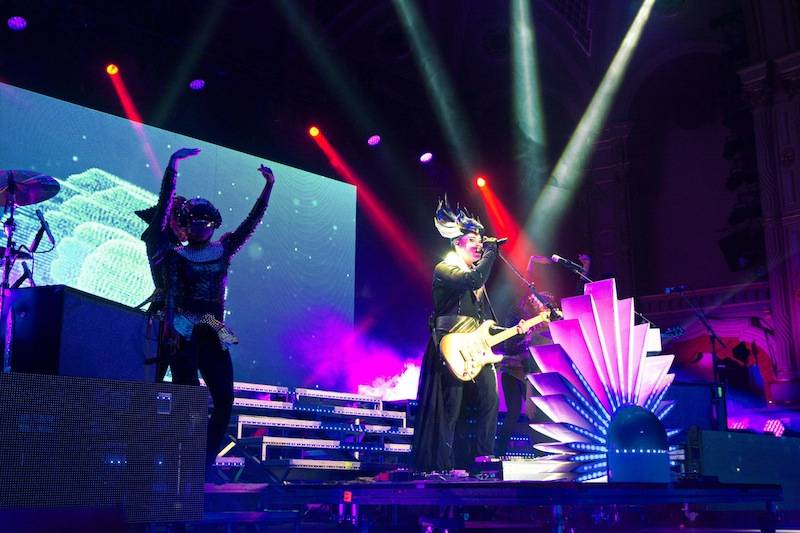 Littlemore and the drummer were the other two musicians on stage, although they didn’t spend much time in the spotlight. Accompanying them for about half the songs were four dancers, who writhed and wriggled their way through some amazing choreography.

Their costumes were also fantastic, and when coupled with the top-notch visuals, the whole spectacle added up to a supremely entertaining show. It was as if the production design of TronÂ gotÂ mashed into Daft Punk‘s “Around The World” video. 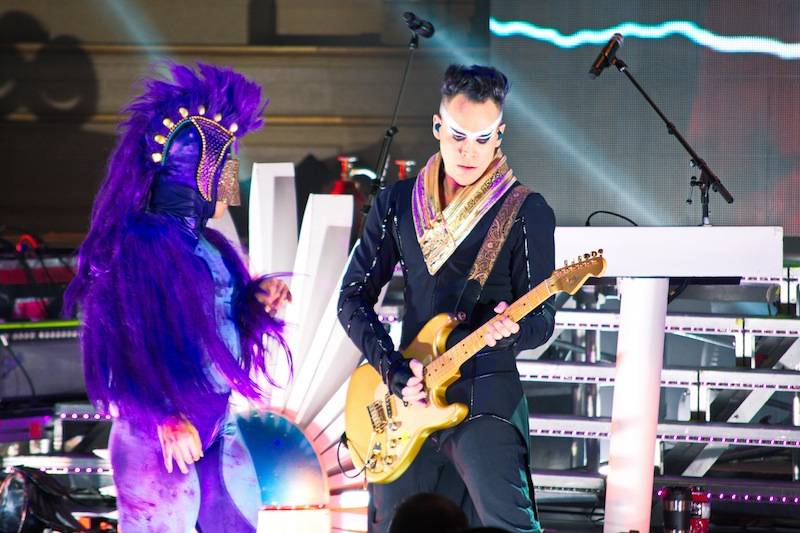 Steele came down into the crowd twice during the show, at one point inviting a girl from the crowd on stage to sing their smash hit “Walking On A Dream”. He had a couple of Jimi Hendrix moments as well – playing the intro to “Voodoo Chile” during one of their noisy breakdowns, and smashing his guitar into pieces before coming on for an encore. Even though the venue was only half full, the energy of the audience more than made up for it. It was great fun watching a performance where so much care and love clearly went into it.

Opener Holy Ghost! was the perfect complement to EOTS’ flashier, poppier theatrics. The Brooklyn duo swelled to a six-person live band, with plenty of synths and percussion that jacked up their songs into extended dance workouts. Although their setup was much simpler compared to the sensory overload of EOTS, their grooves more than made up for it. I’ve been a fan of theirs since their self-titled debut album dropped on James Murphy‘s DFA label, and it was great to see them translating their pop/disco/dance hybrid into a hypnotic show.