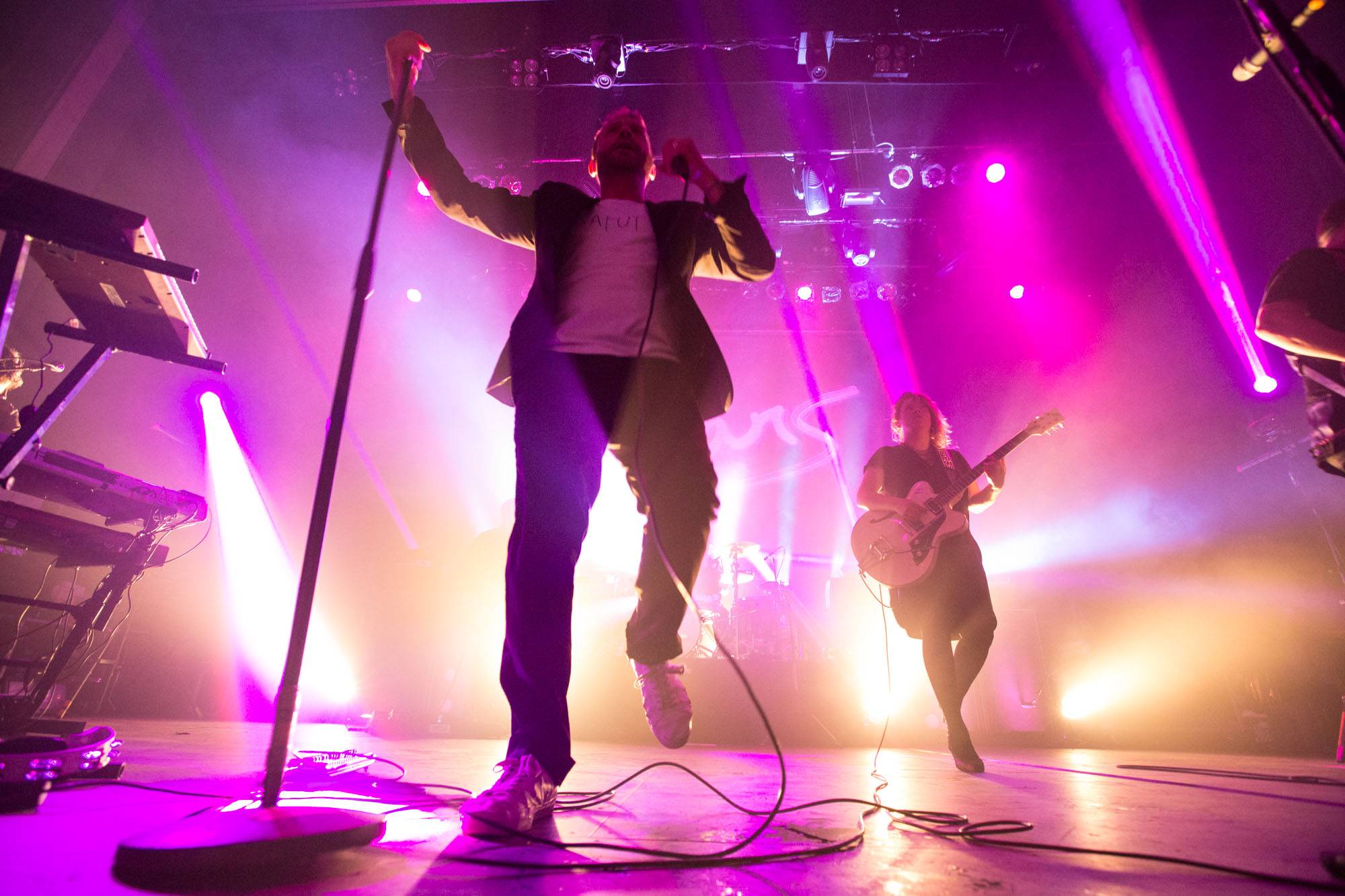 If you’re a fan of the band Stars, chances are you don’t just like them. You connect with them. Their brand of orchestral pop and unabashed heart-on-my-sleeve lyrics have become soundtracks for special life moments to many, many people. After breaking through with their second album Hearts in 2003, they have released six more albums, their latest being last year’s NoÂ One Is Lost. As part of the Arts & Crafts collective, they share a singer with Broken Social Scene and have been known to swap members between bands when on tour together.

The bandÂ opened with “From the Night”, the lead track off No One is Lost, before launching into fan favouriteÂ “Ageless Beauty”.

From there, the band moved onÂ to a mix of new and old material. Perhaps because he was performing in his home town, singer Torquil Campbell was pumped and energetic, bouncing around the stage like there was no tomorrow. At one point it looked like he tripped and fell, finishing the chorus on his back. He gave an impassioned speech about the relevance of the CBC, and another about the importance of continuing to support music. I got the sense that he is someone who very much cares about both of these issues, which isn’t much of a surprise given the sort of band he plays in.

Despite his stage antics Campbell, along with the rest of the band, did not miss a beat. He and singer/guitarist Amy MillanÂ treated us to an array of gorgeous vocal duets. The rest of the band did a superb job of holding everything else down, although they preferred to stay in the shadows rather than take center stage.

Opening for Stars was another Canadian band,Â Hey Rosetta!Â The seven-piece group included a horn section, a violin player and a cello, was a refreshing change from the standard band setup. From the audience reaction to their show,a fair share of people at the Vogue were fans of them as well as the headliners. I’m sure, from the East Coast outfit won over more than a few people with their energetic set of indie-pop.