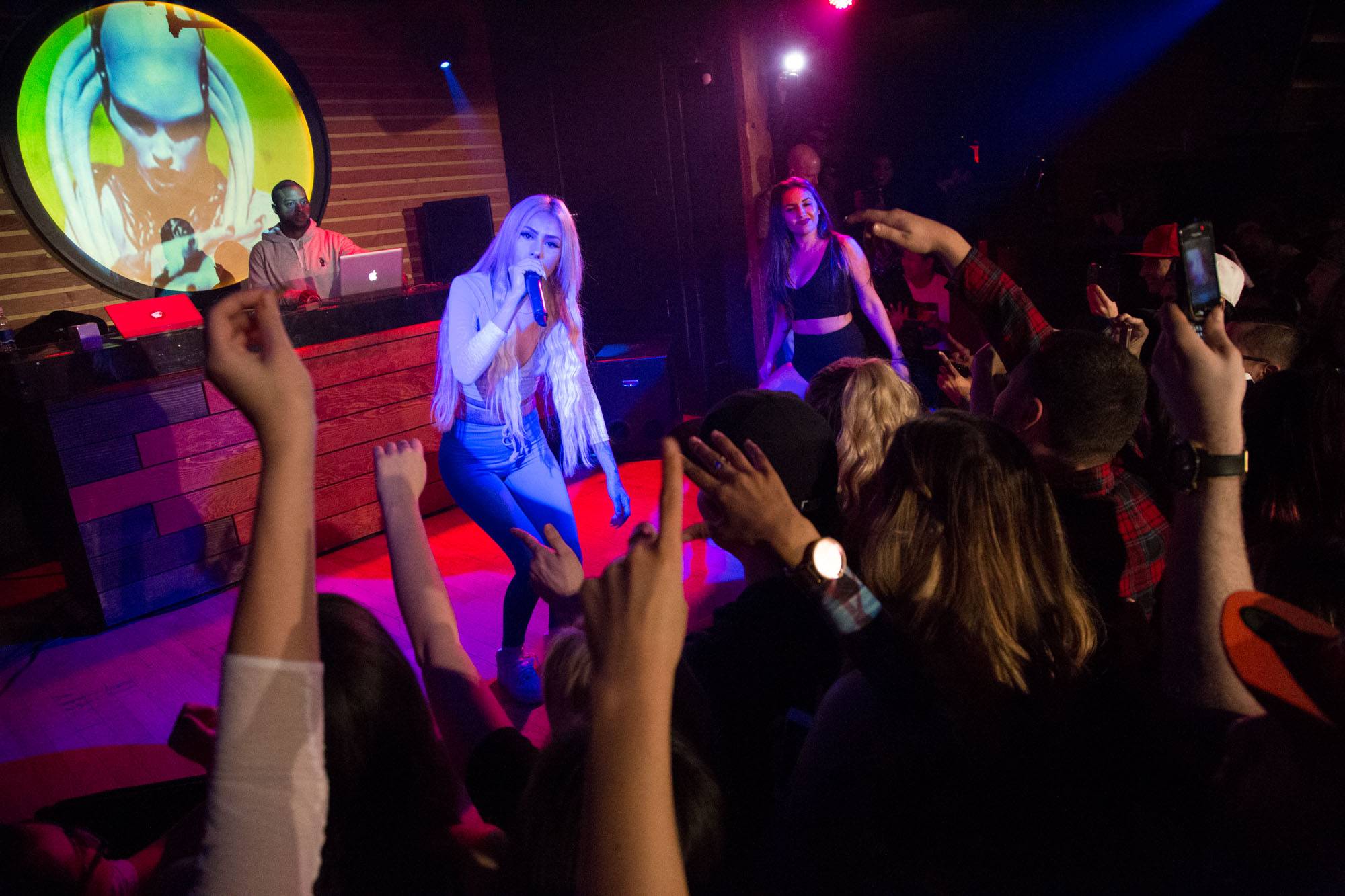 It’s pointless to subjectÂ Lil Debbie‘s music to any sort of analysis. Her tracksÂ areÂ created to be enjoyed on a purely visceral level, to move bodies on the dance floor and get you to jump around. The beats are sparse, the bass is heavy, and her muses are money, drugs, sex and bad bitches. I’m understating when IÂ say her take on hip-hop is devoid of any subtlety. Instead, it’s buoyed by insane amounts of swagger and don’t-give-a-shit ethos. A sampling of her song titles should give you a fair idea of what I’m talking about: “Bitches”, “Wiggle”, “$lot Machine”, “Work The Middle”.

Lil Debbie,Â born Jordan Capozzi in Oakland, California, first gained attention as part of the Bay Area hip-hop groupÂ White Girl Mob, alongside V-Nasty andÂ KreayshawnÂ (whose song “Gucci Gucci” was a viral hit a few years ago). After a falling out with her crew, DebbieÂ went solo in 2012 and has been going strong ever since. So far she has three EPs under her belt, and her latest mixtape Young Bitch dropped late last year. She rolled through Vancouver on Friday at Fortune, playing to an inebriated and enthusiastic crowd.