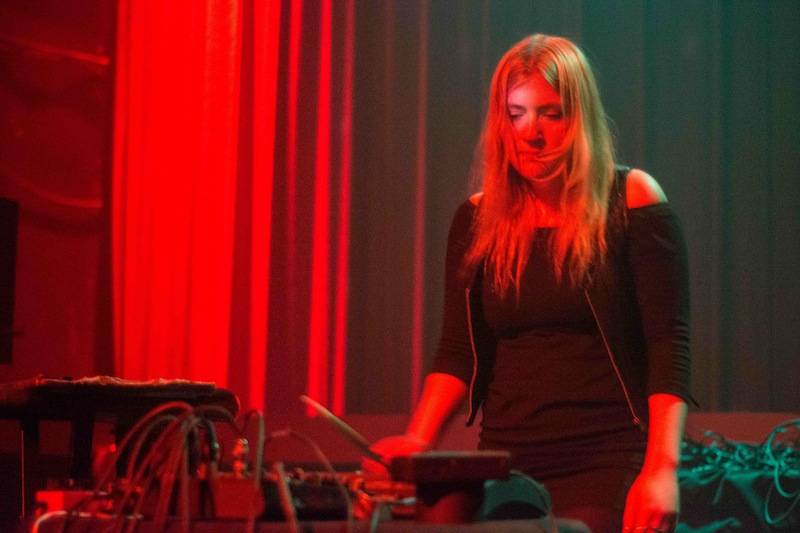 A sudden brief blast of noise brought thoseÂ gatheredÂ at the Fox Cabaret on Saturday night to their senses. After Pharmakon, aka Margaret Chardiet,Â madeÂ last-minute tweaks to her various knobs and dials, the set began in earnest with a low grumble.

The New York-based industrial-noise musician is finishing up aÂ tour to promote her second album, Bestial Burden. Chardiet has gone on record saying that the 2014 record, which made several year-end best-of lists, isÂ herÂ response toÂ life-saving surgery. That surgery, which involved the removal of an internal organ,Â caused her to cancel herÂ European tour for 2013’s debut Pharmakon album, Abandon. 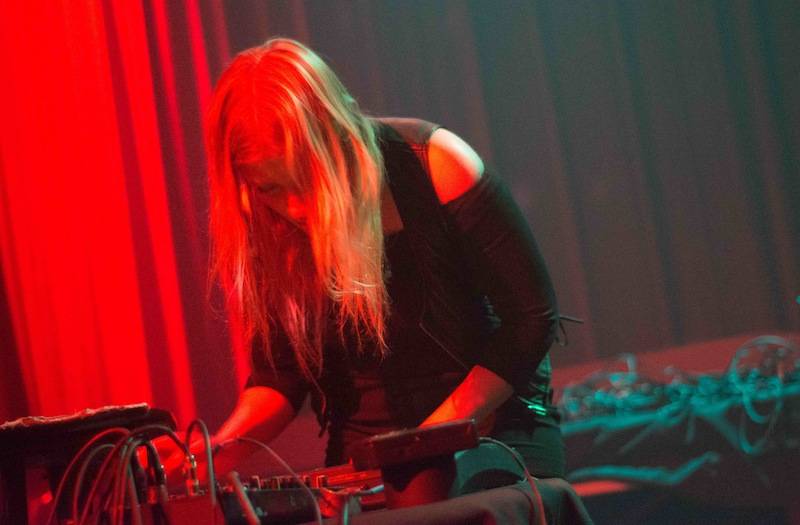 Chardiet spent the ensuing bedridden weeks writing the follow-up. Although a troublesome listen on its own, Bestial BurdenÂ was elevated to something like performance art in the live show format. The musician’sÂ unabashed commitment to cause discomfort effectively (and ironically) brought life and physicality to the songs, before releasing her audience back into a slightly altered reality.

But for 30 minutes, sheÂ commanded and transformed the venue withÂ anÂ intensely visceral, animalistic cacophony. Dressed in aÂ snug black mini-dress, tights, and corseted black leather vest, ChardietÂ started off coaxing tortuous, sometimes vaguely melodic sounds fromÂ what appeared to be a foil-wrapped keyboard that she held to her shoulder, then moved to a synthesizer set top a table onstage.

There were many perverse moments during the set. At one point,Â Chardiet writhed on stage, only her scrambling legs visible from behind the table that held her synthesizer. Also during the show, sheÂ jumped into the audience to confront listeners face-to-face.

All eyes in the packed room were drawn toÂ Chardiet’s interactive performance of suffering. They remained rapt as she wailed and shrieked overtop of the engineered teeth-chattering bass and the earsplitting, discordant electronicÂ noise, often pacing and leaning into people’sÂ faces. Even inches away from the petite blonde’s face it was difficult to decipher whether her twisted expressions were meant to antagonize her onlookers or appeal for their help. Either way, between the impossibly high volume and Chardiet’s horrific display the night had an atmosphere of the sado-masochistic. 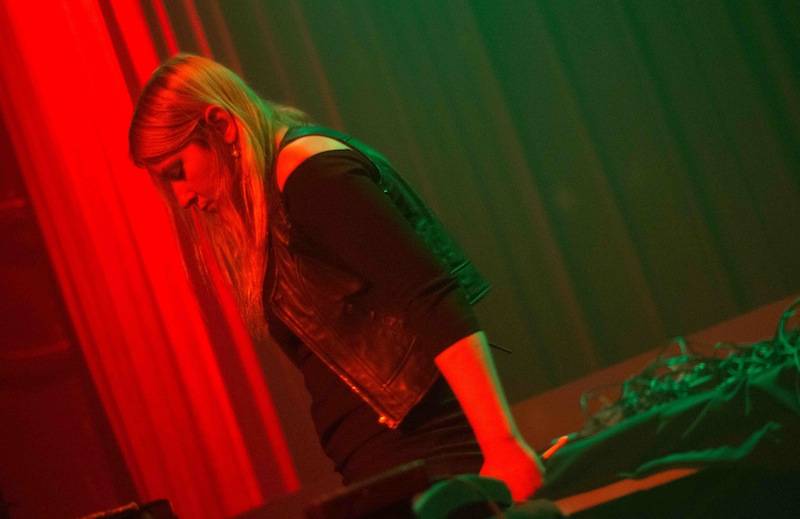