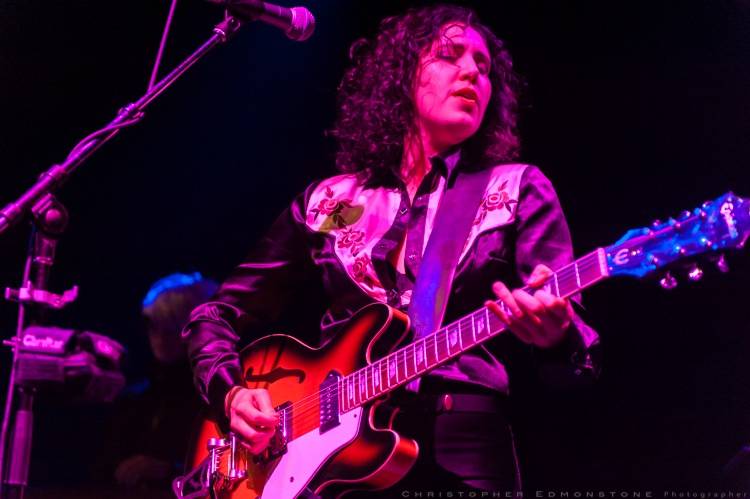 From the press release: “Miss Quincy began her music career in the wild mountains of northern B.C., though she’s been a touring warrior and a music-generating machine; chalking up over 200 shows a year in sevenÂ countries throughout Europe and North America and releasing an album every two years since 2010. In 2014 with her band The Showdown, Miss Quincy released Roadside Recovery, touring across much of Canada, both on their own and opening for popular Canadian blues act The Harpoonist and the Axe Murderer. They’ve since enjoyed radio play across Canada, had glowing reviews, exclusively released videos for the songs ‘Bad Love’ and ‘Talkin’ Trash’, and a top 12 spot in the 2014 PEAK Performance Project in British Columbia. Between tours Quincy’s ‘alter-ego’ is #RocknRollBushCook, posting stories and recipes on her blog from her lifelong experience of being raised northern hunting camps, a trade she still retains today.”