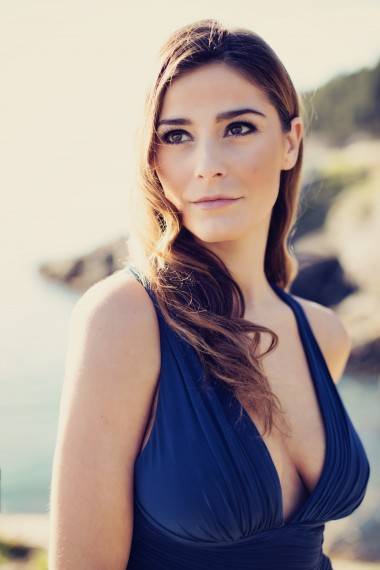 Elysia Rotaru plays a goddess in the sci-fi short Earthlickers.

I consider myself lucky to chat with the very talented and beautiful Elysia Rotaru for my first interview with The Snipe. Not only was it a genuinely entertaining discussion, Elysia offered a lot of insight into how her life and personal interests have helped shape her acting career.

The actress plays Goddess O in the short filmÂ Earthlickers, whichÂ premieres this Saturday Dec 6 at the 2014 Whistler Film Festival. Her other credits include episodes of the TV series Supernatural as well as the L.A.-shot horror movie Girlhouse. 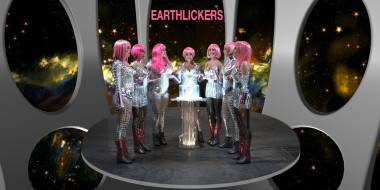 Connor Fingler: So, let’s talk a little bit about Earthlickers, because that’s premiering at the Whistler Film Festival this weekend. How did you get involved with the project and what drew you towards the film?

Elysia Rotaru: It was quite awesome the way it all happened. A good friend of mine and colleague in the city, Alison Araya, who is one of the writers and also features in the short, and I have known each other and have been working against one another for a while. We have this really amicable, supportive relationship for what we both do. We bumped into each other at an audition, and she mentioned she was writing this short film with her colleague Justine (Warrington), and we just got to talking. I got an audition offer from them, so I went in and read for a goddess (they didn’t have names yet) and had a lot of fun with it! I went to the room, wore whatever sex-goddess outfit I could find, booked the part, found out who else was cast and it was golden! It was just a really good crew of amazing female actors and strong males that came in and did what they had to do. It was just so fun. Short, sweet, awesome!

CF: Earthlickers was part of the Crazy 8s’ eight-day film making challenge. What was it like shooting in such a short time frame?

ER: It was my first time ever being a part of Crazy 8s. I ultimately do things with my craft that is creatively fun and last year was the first time I thought, Sweet, lets just dive in.Â  It was a challenge, although I would say it was more of a challenge for Alison and Justine. I can’t speak for them, but just watching the hustle that they would have to do because they were both behind the scenes and working in the film must have been challenging. Every time they would come to work and come to set for the day, they were awesome. Their energy was amazing! It was just nice having all that creative brainpower and support for everyone in the project. We all knew why we were there, we all knew what we had to get done each day, and we all had to put out the best we could in the time that we were working because there wasn’t any time for re-shoots or anything else.

CF: Did you have a favourite part about the filming?

ER: I think the whole purpose for me, was that it was fun! To be an actress where you get to work with colleagues that you get to be around all the time, and to be a part of a project that they’ve created gives me a lot of that giddy joy! We are making their words come off the page and we’re working together on it. From the beginning it was exciting. Then of course, getting into those ridiculous costumes and just the backstory of that was hilarious! Those two girls hustled I-don’t-know-how-many online sex clothing stores until they found the right look. So it was quite epic! When we were doing the fittings everyone was asking where they got [the costumes] and who made them. I can’t recall which country they said they came from, but it was quite the laugh!

ER: Yeah, definitely.Â All I can really speak to is my own experience. I’m very much so somebody who is physically oriented in both my craft and the way I work with people. I’m also pursuing a doctorate in Chinese medicine -Â I’ve always been fascinated withÂ healing. For me, this piece did resonate a little bit more in terms of our place in the world and the cheesy cliche about by putting something out to the universe, that’s what you’ll get back. So it is kind of like that. I think they were really trying to hit up on that idea of sending it out and putting some love out there.

CF: How are you managing the degree work alongside the acting?

ER: I finished my Bachelors in Theatre and Performance degree at SFU years ago. But I’ve had healing and medicineÂ as a part of my life since I can remember. Even when I was a kid, my parents were always open and available to alternative medicine from Eastern cultures. Specifically, in the last five-to-sixÂ years it’s been on my mind and I’ve intently pursued some form of that work. I opened up a private reflexology practice that I was working out of my home and other peoples’ homes for about threeÂ years. Then, a couple of years ago I just decided to dive in and really pursue this area of study. 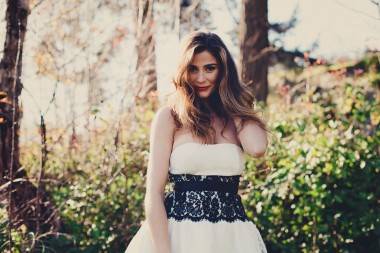 CF: Moving back to film andÂ TV, I’ve noticed you have been cast into a lot of sci-fi and horror films, and you were on Supernatural last night as well is that right?

ER: Yeah that’s right, it was my second time on the show actually!

CF: But you played a different character.

ER: Yeah, I think one of my Twitter followers said something funny like, “Oh, nice casting as the fancy lady.” A couple years ago I played an 1800s-era hooker and then in this episode I played a callgirl. Pretty funny.

CF: I guess this also ties into Girlhouse a little bit in terms of the character you are playing. What wasÂ that like?

ER: It was fun just because you had such great people guiding you in the work. We were working with our cinematographer and when I saw the footage come up in L.A. it was great! It looked really awesome! It was also really demanding just because of the nature of that kind of work. You can deny it as much as you want, but as a human beingÂ  you do get affected about what you are putting yourself through. Even though it is acting, I was murdered and did fight scenes and, you know, having to be in those heightened circumstances for 30 days, It’s both cool and challenging.

CF: How did you prepare for the role as a cam model in a slasher film?

ER: For Girlhouse, I feel like I didn’t use so much method in my technique. I mean I didn’t really go there and I didn’t care to go there for that role and for that purpose. But I did do a lot of research. I loggedÂ on to some webcam sites and scoped them out. I didn’t make an account,Â  but I did search through and look at what these girls are doing and how they are moving. I was looking at it from a technical aspect – which is funny when you say it out loudÂ -and looking at it from a choreography perspective:Â like, “Okay, here’s the body, here’s the camera, here’s the room I’m in,” and then I took a step back to look at it from a psychological level. “Okay,Â who am I reaching out to?”

For that one it was nice, because I had a lot of time to speak with the director and the producer. WeÂ Skyped before IÂ flew out and they were always making sure that we were okay. Also, I think when we (the cast) all got together on set it was just nice to grow together for the few days we were there and have a little girl tangent about things and watch horror movies. We ended up watching High Tension,Â which was one of the influences for Nick (the writer). It was the style he was trying to go for, which ironically is one of my favourite horror movies. In all, it was a lot of research prep. I mean I guess you could go out and role-play but I don’t know if you want to do that online. I did have fun doing work at home where I would put on my laptop with my little camera and work it and just see what happens. When it came to the death scene though,Â  that was all choreographed in the day. Lots of fun.

CF: What other projects can we expect to see from you in the future then?

ER: I am going to be in the iZombie pilot which is premiering in 2015 and then I have another guest star spot on the show Backstrom which is also coming out in the new year. Also, I actually most recently booked a supporting role on the show Motive which I go to camera for next week.

CF: Lastly, seeing as your from Vancouver, where is your favourite place to eat?

CF: I thought I’d put you on the spot!

ER: Well, I love food! The first thing that came to mind right now is Meat and Bread, I love going there, I love the porcetta. But I am a huge foodie! I have a thing with my friends where we try to go to new places that we haven’t been to before and if one person has been there we won’t go.

CF: Thanks Elysia! Enjoy your time in Whistler at the Film Festival.