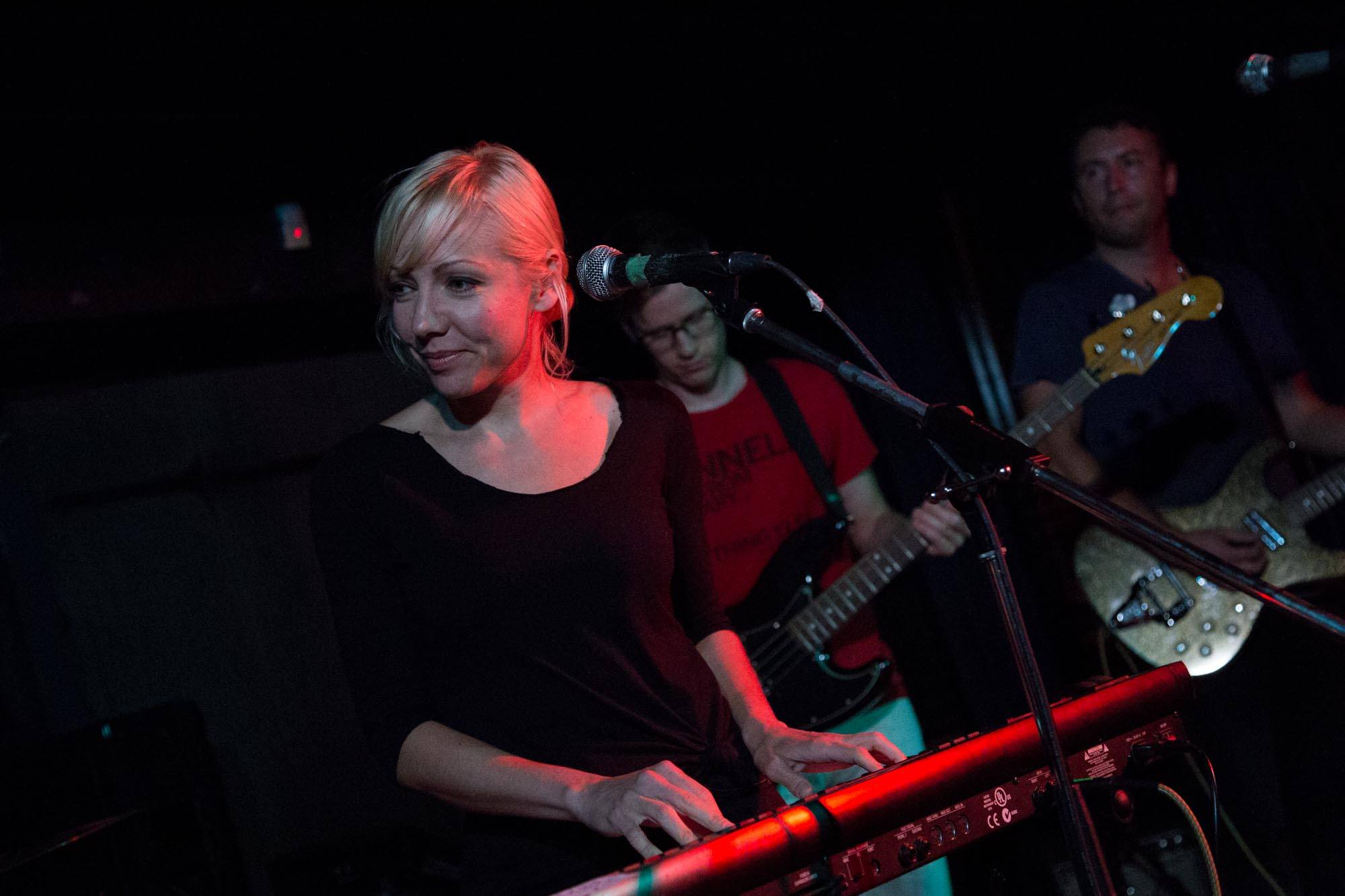 The Media Club is small enough to beÂ intimate even when packed. But on Thursday night, when Raleigh, North Carolina’s The Rosebuds played to a small but enthusiastic clutch of fans, it had the feeling of someone’s living room.

The Rosebuds’ jangle-y, tuneful popÂ is bigger than that, as big as that of bands that share a similar sound, such as Camera Obscura. So most people in the room – ardent fans all, at least by the set’s end – no doubt counted themselves lucky to be there.

Led by founding membersÂ Â Ivan Howard (vocals/guitar) and Kelly Crisp (vocals/keyboard), the five-piece smiled and popped their way through songs off their latest album Sand+Silence, including “In My Teeth”, “Blue Eyes”, “Wait a Minute” and reaching back to their 2003 debut album for “Back to Boston”.

Howard and Crisp were able to get the small gathering to sing backups for “Esse Quam Videri” (the Latin motto for North Carolina, Howard informed us) and the tragicomic set-ender “Nice Fox” (off the band’s 2008 album Life Like). During aÂ mid-set raveup,Â Howard introduced the rest of the band,Â and told amusing anecdotes about each – amazingly, Crisp had a big smile on her face, as if she was hearing the stories for the first time (maybe she was?).Â Towards the end, The Rosebuds answered a request by playingÂ one of their aces, “Woods”, a track from 2011’s Loud Planes Fly Low and featuring one of their strongest choruses. The Â request came from an audience memberÂ who, along with several others (all guys)Â formed a line of dancers in front of the stage for the last quarter of the show.