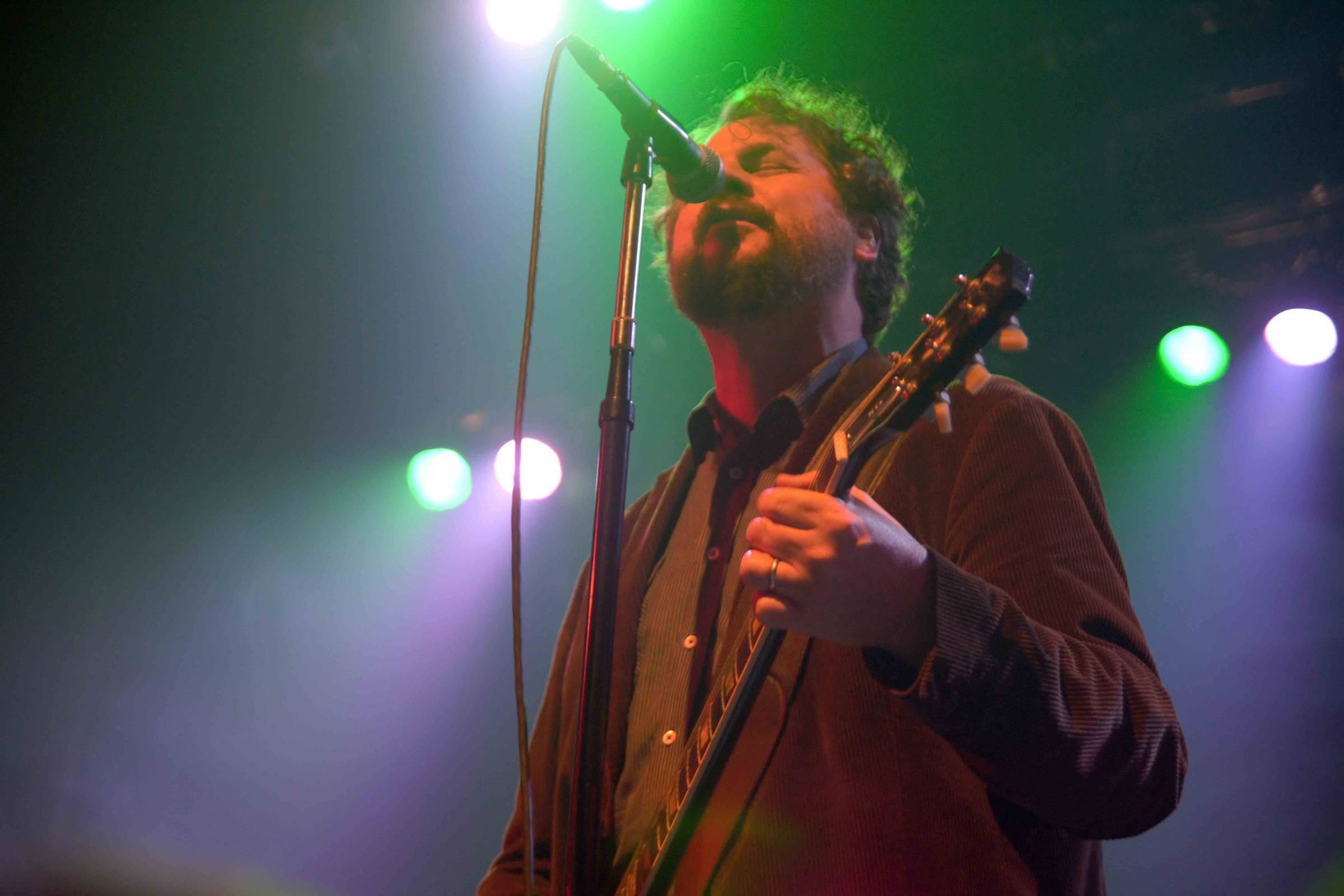 Drive-By Truckers in Vancouver Tuesday night. The band is on tour for its tenth album, English Oceans.

For most of the set, at least, the five-piece alternated between songs by co-frontmen Patterson Hood and Mike Cooley, who co-founded the band in 1996. Highlights included Hood’s elegiac tale of Southern politics, “The Part of Him”, from English Oceans, and Cooley’s “Birthday Boy” from the album The Big To-Do, which begins with the immortal lines, “Which one’s the birthday boy?’ she said/’I ain’t got all night.'”

Hood seemed particularly impressed by the venue, an old Vancouver theatre, and remarked that we should enjoy it while we can, and thatÂ theatres like it are rapidly disappearing.

In an interview with the Vancouver Sun to preview the show, Cooley said of the album, “The last couple albums I didn’t have that many new songs, I wasn’t really feeling inspired. Then we had the personnel changes, we got really burned out touring behind the last record (2011’s Go-Go Boots). We’d been doing the cycle for years – an album every one to two years, then a tour, press, then start all over. The time we took in between these records was really needed. By the time we got around to recording this one we were excited to be doing it again. We got through the burnout.”