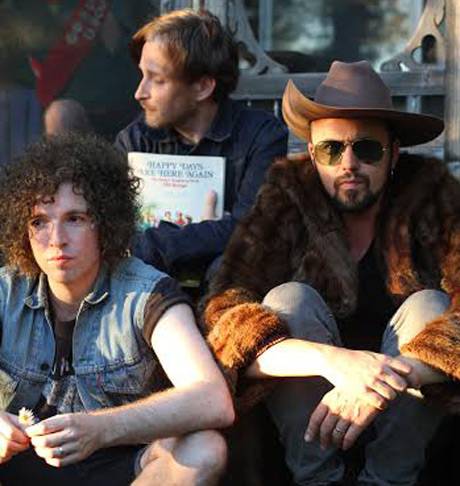 They played nearly every track offÂ Thrash Rock Legacy with incredible fervor, giving the audience a mixed bag of high-energy sounds their recently released debut full-lengthÂ offers. “Hall and Oates” recalled ’70s glam and showcased Dahle’s exceptional guitar solos while Bays smashed out some psychedelic riffs on his keyboard. Workman laid down a poetic interlude on the sun-kissed, grungy “Made Up My Mind” that unexpectedly simmered down into a bossa nova groove. One of their final tracks was their head-bopping lead single “Headphones”, sure to be one of this year’s summer anthems. With the band being led by three unique and vivacious talents, it’s difficult to know where they’ll be taking their new labour of love; but I’m certain these fast friends will make it one fun ride.