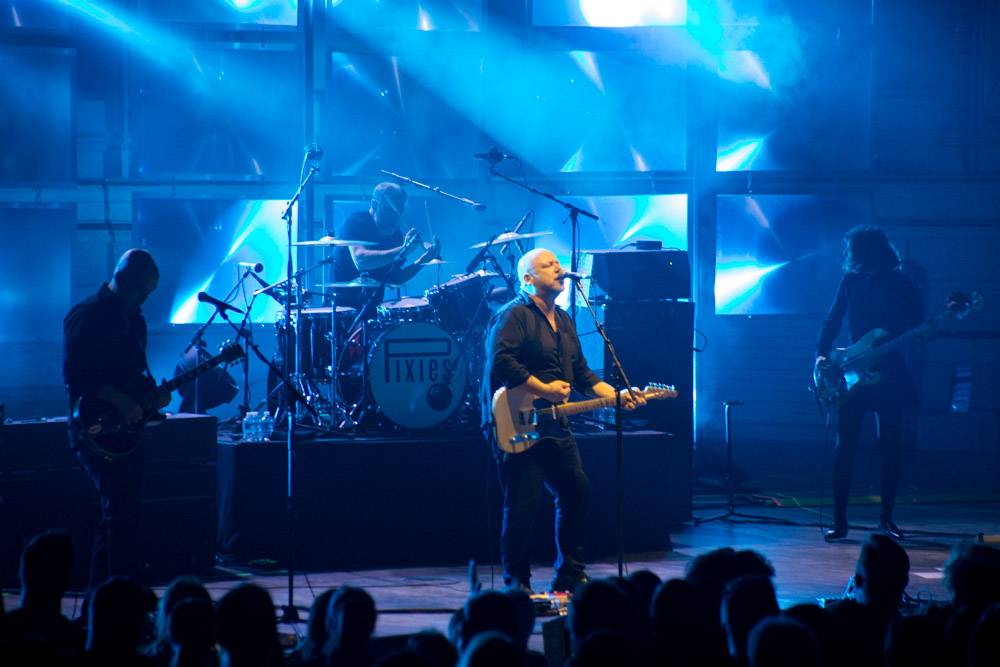 Perhaps it was the string of new material that they have been experimenting with – they are releasing five EPs over the next year – or the charismatic Paz LenchantinÂ (A Perfect Circle, Zwan) completing their line-up (filling the shoes of Kim Deal and, briefly, The Muffs‘Â Kim Shattuck), but the Pixies sounded absolutely refined and cohesive. Even their matching monochromatic black outfits echoed their solid and unified front. Francis even gave Lenchantin an encouraging nod before they launched into the riotous “Bone Machine”. If fans were feeling any residual bitterness about Deal’s departure, it wasn’t apparent as they showered her worthy replacement with the warmest applause as she sang the outro of new song “Bagboy”. The band put on an inspiring performance by any standards.