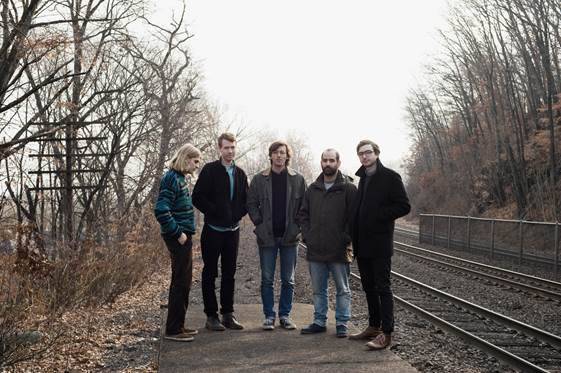 Real Estate releases their third LP,Â Atlas, on March 4, the day they play the Rickshaw Theatre in Vancouver, alongside local favourites The Shilohs.

It has been two years since theÂ New Jersey jangle-pop band’sÂ Days captivated critics and fans with their its nostalgic melodies and introspective lyrics – though frontman Martin Courtney and I spoke about how “pleasant” music doesn’t seem to appeal to all people.

A week before the band begins their tour in Europe, I contacted Courtney to learn about the musical influences and personal experiences that have informed their newest record. In between stories about newlywed life and high school memories with fellow band members Matt Mondanile and Alex Bleeker, we talked about the potential of an indie supergroup that would involve Real Estate and friends covering Steely Dan. 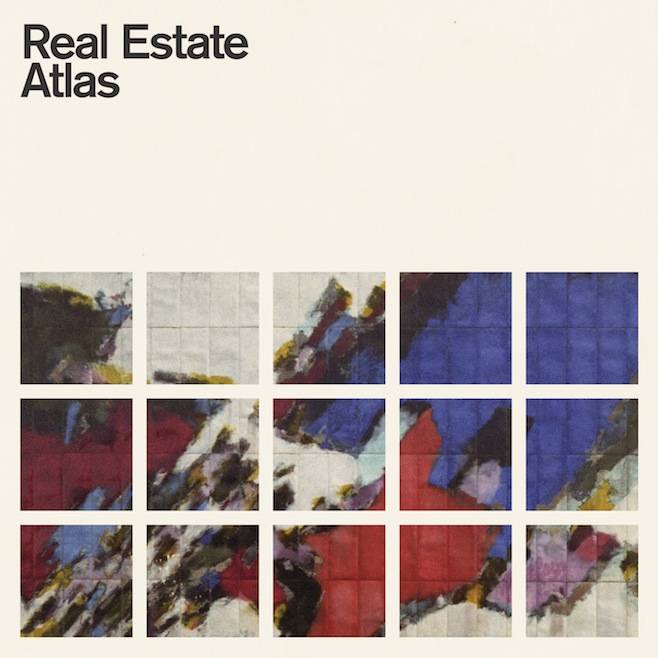 Ria Nevada: You’re leaving for Paris in a few days to kick off the Atlas tour. Are there any stops on the road – landmarks, hidden gems, that you’re looking forward to?

Martin Courtney: We’re kind of flying all over the place. In the past – usually if we start in London, which we’re not doing this time, we’re ending in London – but usually if we start in the UK and then make our way to continental Europe, we’ll take the tunnel train and drive onto it. Basically right before you get on the train, you have to wait in this long line of cars and there’s this little food truck that sells breakfast sandwiches that are incredible. We’ve been there about five times now. Every time we take the tunnel, we have to stop at this place and get these amazing bacon, egg and cheese sandwiches. That’s the first thing that pops into my head. But I don’t really know what we’re doing this time.

RN: You’ll be out here in Vancouver this March with The Shilohs! Will they have time to give you a tour of the city? Introduce you to some of their favourite local spots?

MC: Yeah I hope so. I think we’re going to have a day off up there too. So that will be really fun – I’m really looking forward to touring with those guys. I’ve met them a few times over the past couple of years, like they were in New York recently. Yeah, they’re the best – can’t wait to play in their hometown with them.

RN: I feel like your records make for great road trip music – they’re kind of perfect for those long journeys where you can reflect on where you’ve come from, and take stock of the relationships, choices you’ve made in this confusing stage of life. Which records do you usually turn to when you want to tap into that frame of mind?

MC: I don’t know, I guess it changes for me all the time. Let me think, I guess when I think of one of my all-time records, I guess maybe Yo La Tengo records. And Then Nothing Turned Itself Inside-Out is definitely up there for me as an album that I can put on any time and be pretty happy listening to it. So that, or George Harrison, All Things Must Pass. That’s another really good one – I could always listen to that.

RN: I think a lot of your fans can relate to the coming-of-age themes in your records – were there milestones that defined or strongly informed Atlas?

MC: For me? Like while I was writing the record?

MC: Well I got married.

MC: Oh thank you very much. So that was a big one. Actually that definitely played into it. That’s one of the reasons why we took time off after the last album, was to sort of make time for that. That’s a big part of my life in the past year and a half, so that definitely worked it’s way into the record for sure.

RN: Was there some hesitation about being candid about that in your music?

MC: Yes, I mean it’s always kind of weird to get personal, in terms of my lyrics. But it’s also just what comes naturally – to write about your life and your relationship. It’s uncomfortable to an extent, but it’s also my everyday life.

RN: I saw this letter from a reader on Pitchfork that gave their contributor Marc Masters a hard time for praising the “pleasantness” of your music. This reader, Gabriel, actually said the words “War on purely pleasant music!” – a little melodramatic if you ask me. Do you think that term actually captures the sound you guys have molded in your records?

MC: I don’t think there’s anything wrong with being pleasant. I don’t think that’s the only thing people think of when they listen to us. But, you know I can see how – you don’t want to be described as just nice. But I do think that’s definitely something that plays into our music. I think it’s a good thing; it can be really accessible. But hopefully on repeated listens, there’s definitely some layers there. It’s not just easy listening, so to speak.

RN: Do you think there’s this unfair assumption out there that angry, abrasive records have more depth and gravitas?

MC: Yeah, I think that would be a misconception. I think that’s just somebody not taking the time to really delve deeply into the music. If something sounds aggressive or angry, that doesn’t mean that it’s deep in any way. I don’t know, that’s just another taste you know? If you prefer that style of music, that’s one thing. But you have to give everything a chance.

RN: You and fellow bandmates, Alex (of Alex Bleeker and the Freaks), and Matt (Ducktails’ Matt Mondanile) have known each other since high school – did you all share similar tastes in music even then? Were there any artists you guys just absolutely couldn’t agree on?

MC: I mean, we think we started out having much more similar tastes because we were younger and we were feeding off each other and telling each other about the bands we were listening to. As the years progressed, we have more different tastes now than we did back in the day. Alex is a huge fan of Phish, which I can’t really get behind. And I know definitely Matt can’t get behind that. But you know, that’s his thing. Whatever, we all have different tastes now because we’re different people now.

RN: I read about how members of Beach House, Grizzly Bear, Fleet Foxes and Walkmen are doing the No Other Tour where they do their own renditions of songs from Gene Clark’s album No Other (1974). (Watch Victoria Legrand of Beach House sing “Hear the Wind” here.) You’ve built a solid community with like-minded artists such as The Shilohs, you’re touring with Austin’s Pure X this spring, and you’ve hit the road with Melbourne’s Twerps. Which influential record do you think would suit you guys, if you were to do a similar sort of tour with members from these bands?

RN: In Real Estate’s downtime, Alex and Matt have put out solo records. Are those projects pretty contained in themselves, or do you guys turn to each other for some creative input?

MC: I think they’re pretty self-contained. But when Matt was recording the most recent Ducktails record, I went to the studio and played a little keyboard one thing and helped him write one of the songs. I don’t think I played anything on the most recent Freaks record, but I played on the one before it. I think in terms of the ideas, whichever member is doing a side project, it’s their thing. But we play things for each other to listen to and get ideas, and see if they like it or not.

2 responses to ““We could probably cover a Steely Dan record, like Aja, and do our best.””