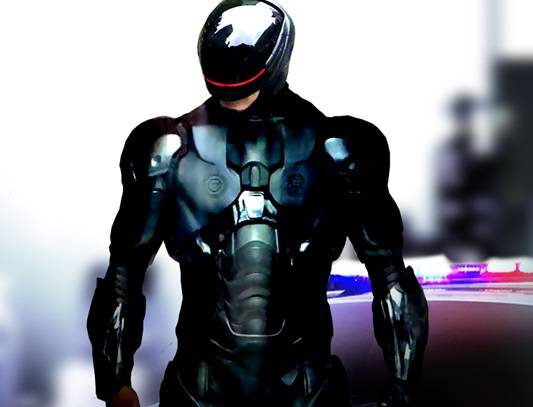 About the best thing that can be said about the new Robocop is, it’s not terrible.

For a movie that hews so closely to the Hollywood blockbuster template circa 2014, it does have a few things going for it. Most of these can be found in the movie’s second act, when director JosÃ© Padilha and his team (including Joel Kinnaman from AMC’s The Killing in the suit) can stray from the workmanlike beats of the rest of the picture.

Yes, it’s loud, it’s noisy, it’s CGI laden, and it’s nothing you haven’t seen before in Iron Man or The Dark Knight (including the big bad cycle Robo zips around on). The villains are cartoonish and cardboard, although Michael Keaton makes the most of his role of a Jeff Bezos (Amazon.com) type of New Age corporate villain. Poor Gary Oldman is left to play things straight, although there is a scene with the two old hams going chop to chop that is one of the movie’s best. Samuel L. Jackson is awful as a rightwing pundit, but to be fair to the actor, it’s a silly, unnecessary role that few could have redeemed.

Speaking of unnecessary, that word also pretty much sums up the Robocop remake. What makes the 1987 original charming is its B-movie origins. It has little to lose and, consequently, director Paul Verhoeven and the cast have fun with the premise. It also has some blood and gore, which Robo 2014 is sorely lacking. 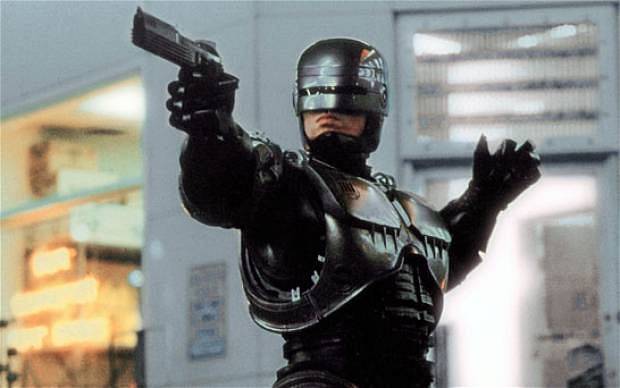 Another interesting aspect of the 1987 version was how it relied on the relationship between Alex Murphy (the cop who becomes Robo) and his partner (Nancy Allen) for its emotion. The new one derives its pathos from Spielbergian family values – Murphy gets a cute kid and beautiful wife (Abbie Cornish), both of whom are even more roboto-ized by the script than the hero.

Sometimes, you just have to miss the ’80s.