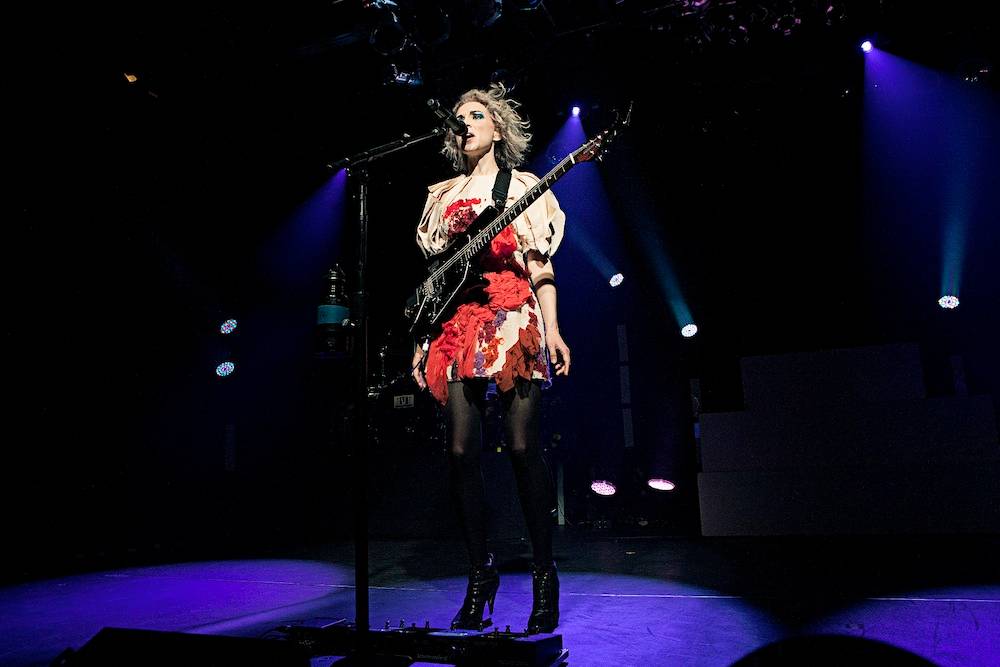 The lights of the Commodore Ballroom gleamed on Annie Clark’s lilac-tinted platinum coif and razor-sharp bone structure, and for a moment, she was barely recognizable. The guitar savant we have come to know and admire as St. Vincent unexpectedly opened Tuesday night’s show without her signature instrument.

Instead, she held an intimidating stare-down with the audience while executing a robotic, modern dance routine set to the kaleidoscopic dance number “Rattlesnake”. It was a staggering transformation to witness and only substantiated all the hype surrounding her latest, more conceptual self-titled record. I suspect her 2012 collaboration (on the album Love This Giant and subsequent tour) with Talking Heads’ David Byrne played some part in influencing the vaster, mischievous dance-rock direction she’s taken.

The surprises kept on coming with “Digital Witness” as a robust funk groove and bright synths complemented Clark’s falsetto notes. Her white dress with asymmetrical red ruffles emphasized every one of her rhythmic movements. She and her prodigious touring band (comprised of Daniel Mintseris on keys, Toko Yasuda on guitar and Moog, and Matthew Johnson on drums definitely raised the stakes on past hits as well. The syrupy verses of “Cruel” juxtaposed by experimental synths and guitar effects sounded like a Julie Andrews character spiraling down a K-hole. Clark’s power-chord progression on “Cheerleader”, conveyed far more grit, elevating the track’s aggressive edge.

As per usual, her guitar skills held the entire crowd spellbound. For “Surgeon”, Clark planted herself at the top of the white pedestal in the middle of the stage and ripped out one of the most virtuoso solos I had ever seen for the avant-rock magnum opus. She and Yasuda thrashed about in perfect unison on “Huey Newton”, a peculiar but compelling hybrid of kraut rock, noise punk and industrial metal. No one could peel their eyes away from St. Vincent as she intentionally slinked down the three-tiered platform on her hands and knees during the outro of “Prince Johnny” and finally lay still in an inverted-crucifix position. 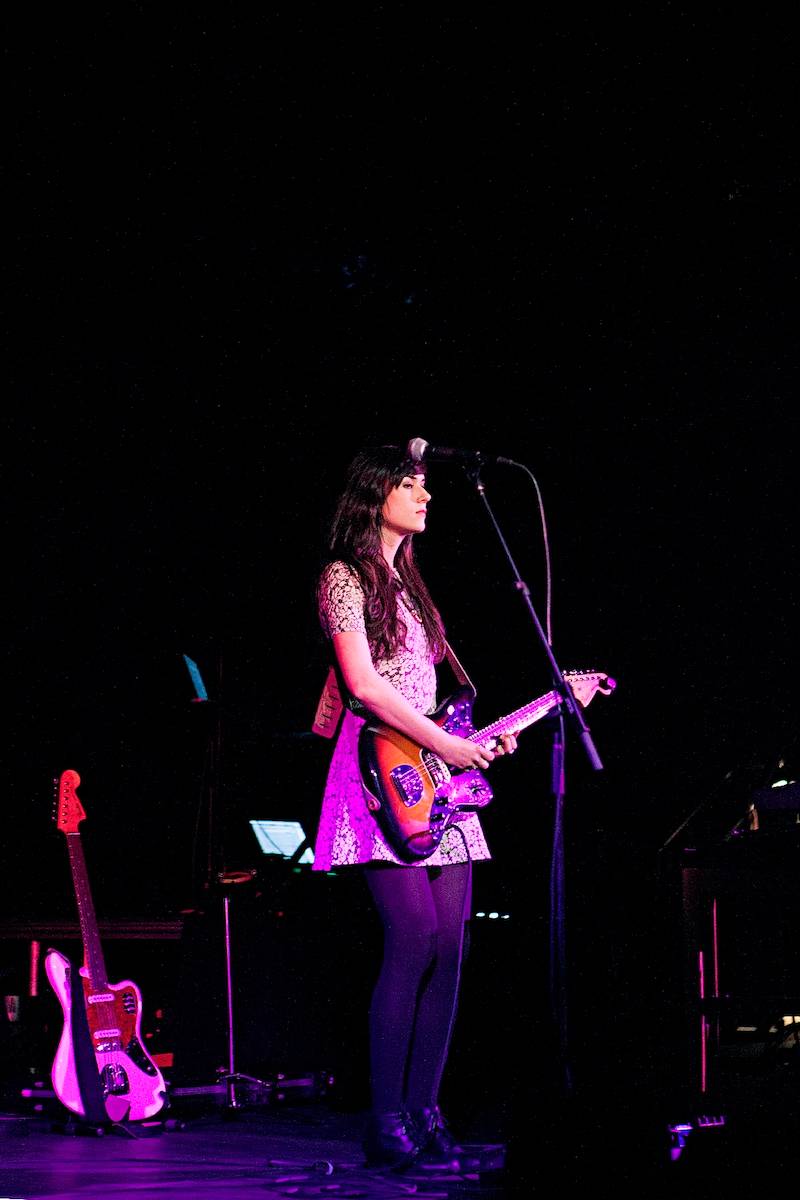 She took three moments during her set to engage the audience with random thoughts on life, the most amusing insight being, “Sometimes when you look at babies, you think they have psychic powers”. Theatrics and comedic brainwaves aside, anyone at the ballroom could see that St. Vincent is the real deal.

For the encore, she performed “Strange Mercy” from the critically acclaimed 2011 record of the same title. Dressed all in black, cloaked in a simple, golden light, her solo performance of the stripped-down number was quite frankly one of the most alluring moments of the night. It was an honour to witness the evolution of this musical visionary.