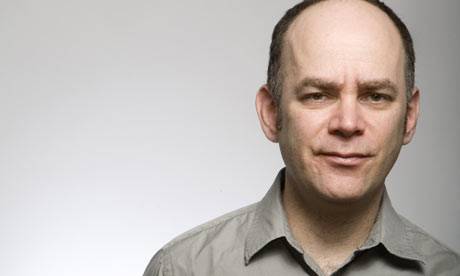 The barbs come quickly to Barry, who is always sure to follow-up with whomever he’s engaging to let them know that it’s all in good fun. To get the most out of the interactions, a microphone is passed to the audience members with whom Barry engages.Â In Portland, this almost backfires when the set is hijacked by a woman who starts declaiming about fresh eggs from urban chickens.

By far, though, it’s the latter that provide the most fodder.Â In L.A., he zeroes in on a two guys who play in a rock band called Avant Abstract. “My business cards are in that font,” he says, upon learning their name. And when he finds out they’re an instrumental group: “It’s worse than I thought,” he says in his deadpan delivery.

Although The Crowd Work Tour special does occasionally get a little uncomfortable (you sometimes have to feel a little bad for some of the participants, no matter how much Barry tries to leaven his shots),Â it’s a pretty solid hour of laughs. And it’s only five bucks – a bargain since, if you like Todd Barry, you probably already have a copy of The Unforgettable Fire.