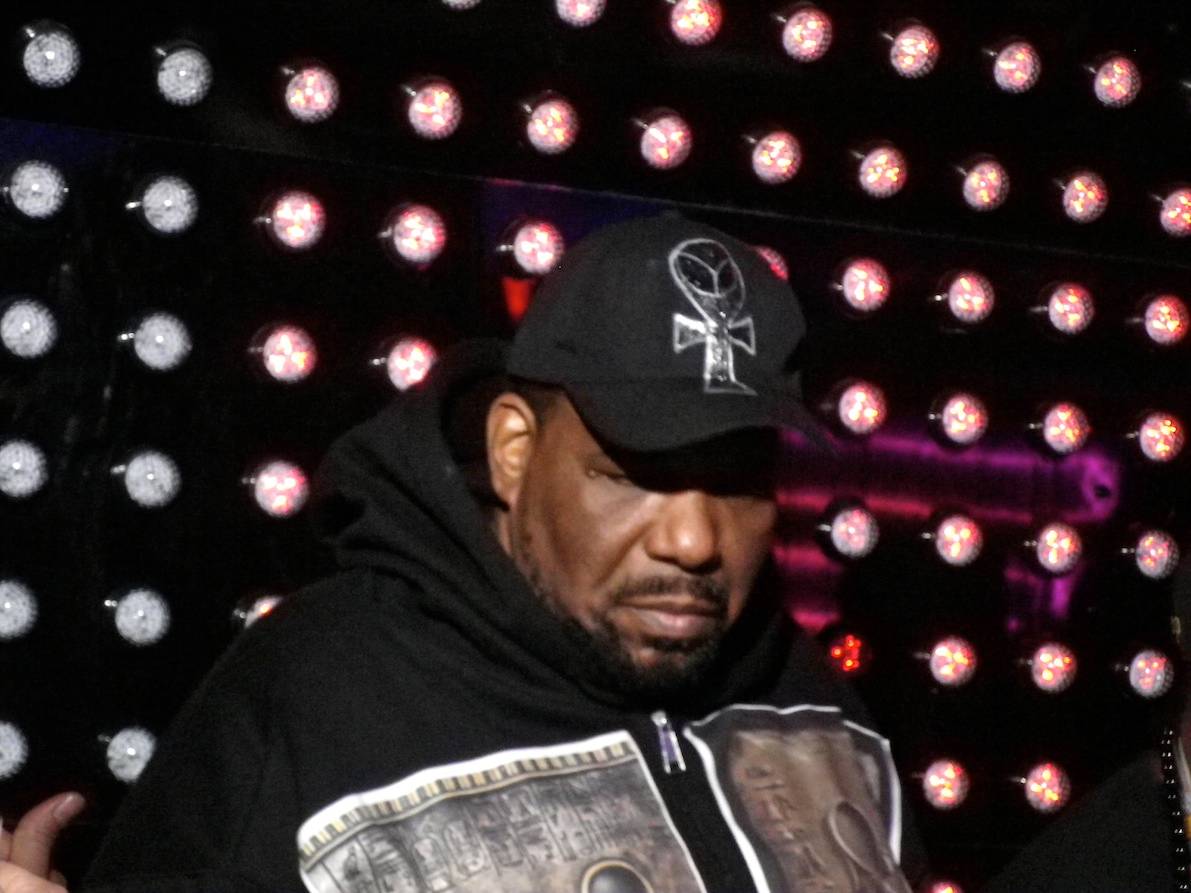 As it happened, the event at L.E.D. had a lot to do with the archiving of hip-hop music and its early influences. Starting the night was DJ Flipout, who mixed classic and rare funk 45s from the seventies and eighties, from James BrownÂ to Cheryl Lynn to the Jackson Sisters. At around midnight, Bambaataa took over the turn tables, starting with “Good Times” by Chic, followed by “Express Yourself” by Charles Wright & the Watts 103rd Street Rhythm Band and “Think” by Lynn Collins. Though he didn’t speak once through the mic, Bambaataa had a hype man who kept the crowd grooving. 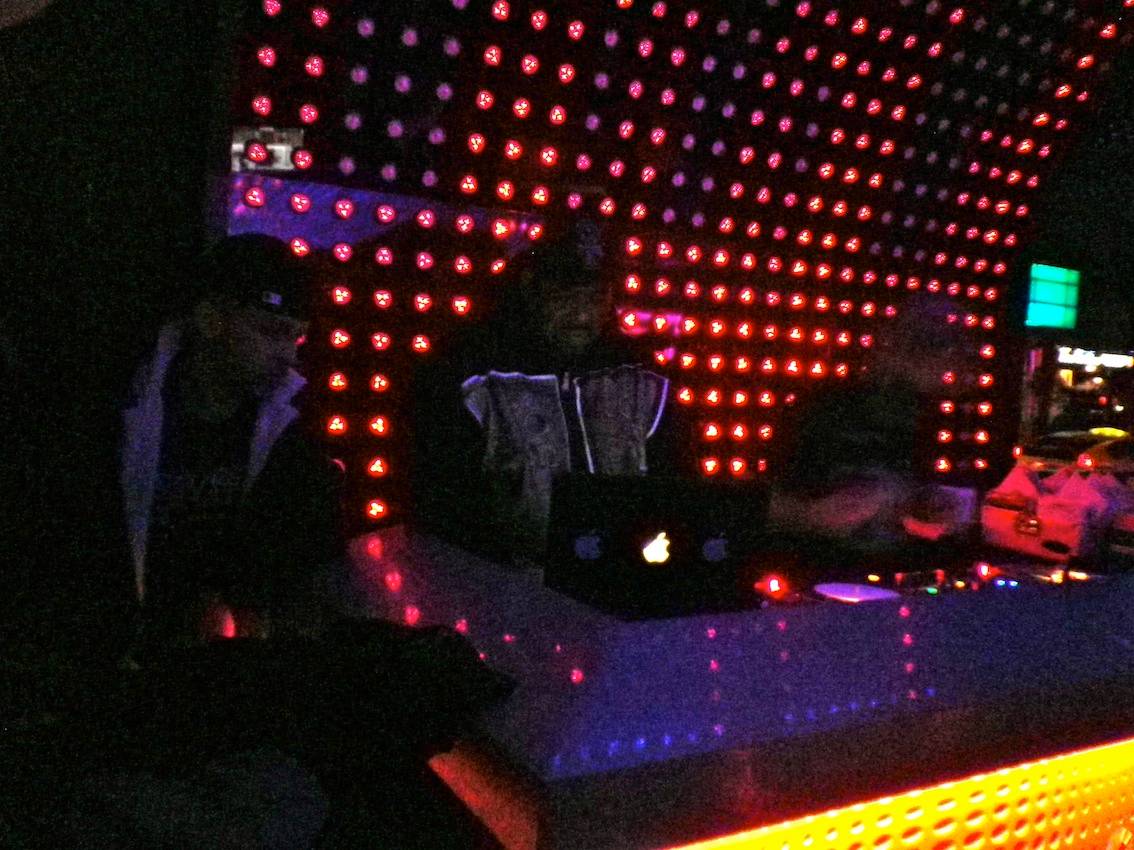 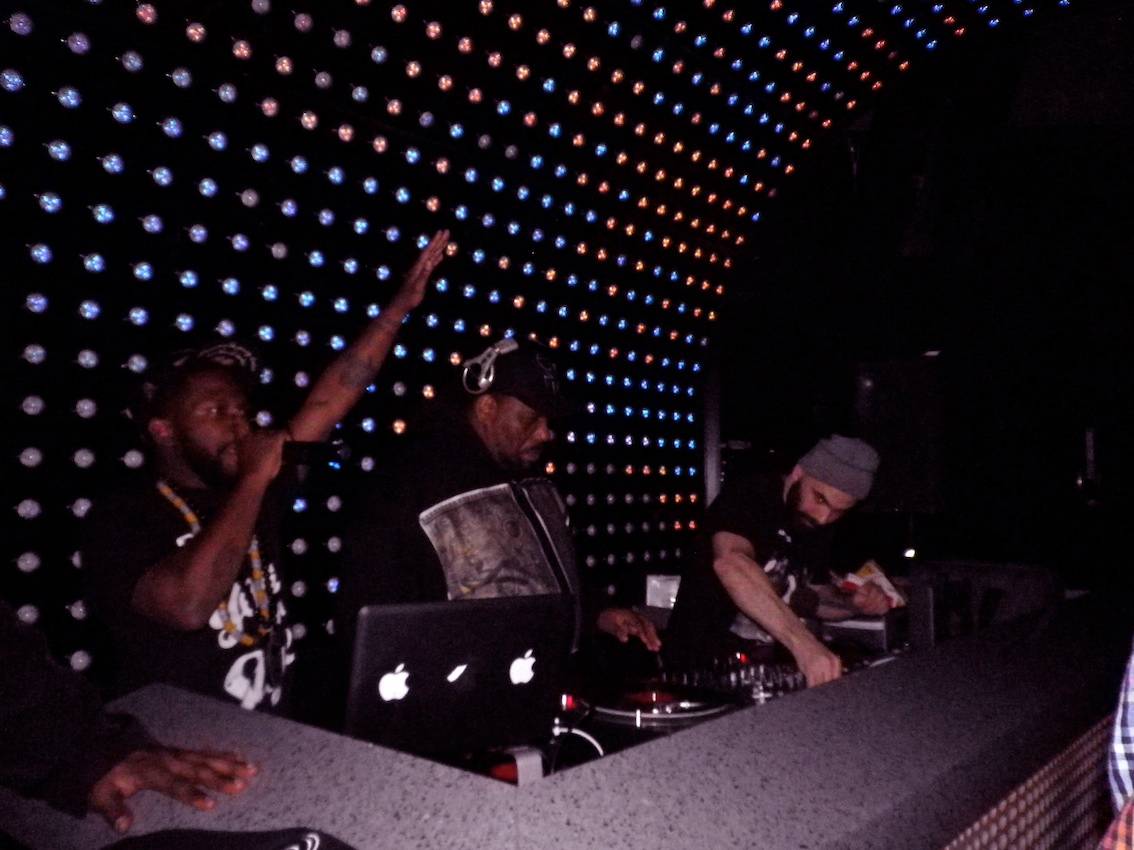 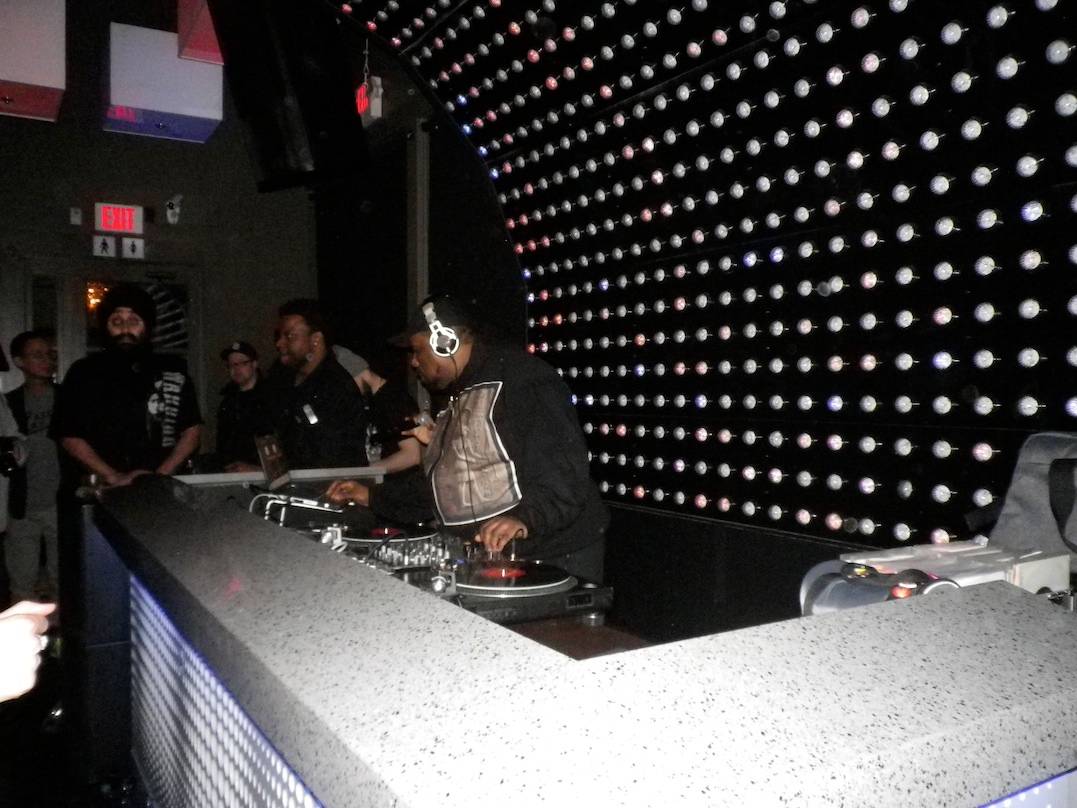 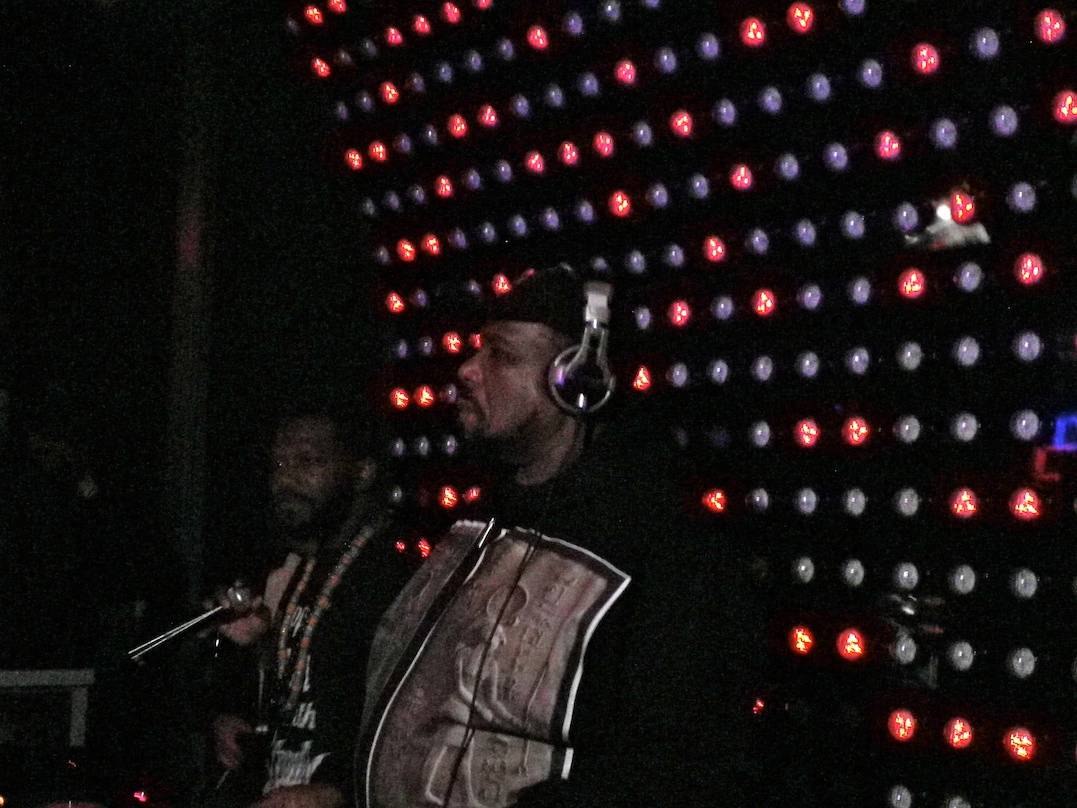 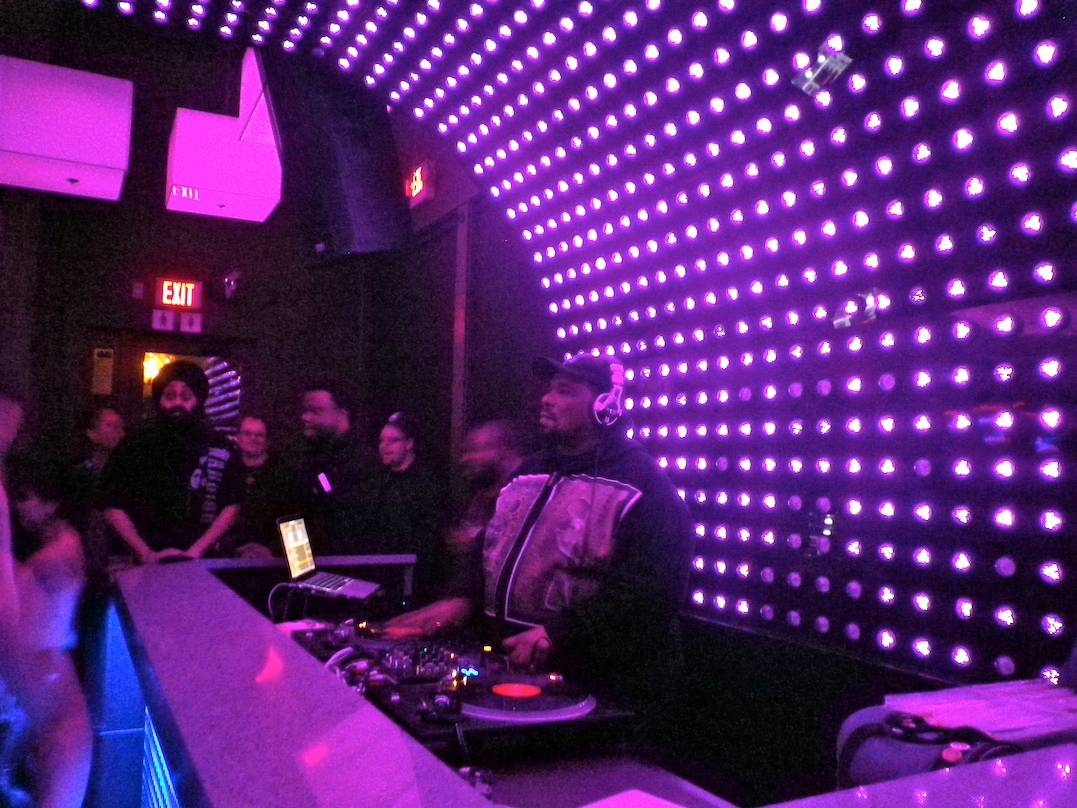