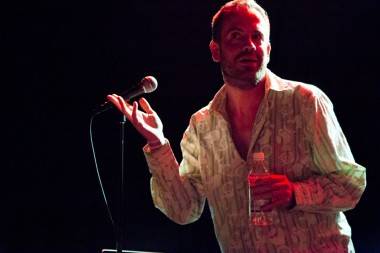 German electronica musician Ulrich Schnauss on tour in support of his fourth album, A Long Way to Fall.

The 35-year-old musician, who currently makes his home in London, grew up in rural Germany.Â According to his Facebook bio: “Unable to find like-minded people to create music with, Schnauss’ aural vision became liberated by his discovery of the synthesizer, enabling him to create multilayered compositions on his own, with an aim to ‘translate the aesthetics of the shoegazing sound into an electronic context’. Inspired by the alternative guitar bands of the late 80s/early 90s (Slowdive, Chapterhouse, My Bloody Valentine etc.) as well as Acid House and early electronica (Tangerine Dream, 808 State, The Orb), Schnauss began developing his own distinct sonic palette…” 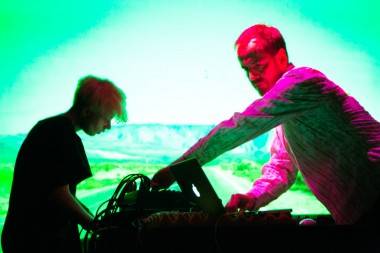 In an Aug 15 piece in OC Weekly, Reyan Ali writes, “February’sÂ A Long Way to Fall… is packed with sparkly melodies that feel wholeheartedly electronic-music-oriented in execution. Over time, Schnauss emphasizes, he plans to move away from ‘genre music’ and cut out signifiers (such as electronic-music software plug-ins) that could link his work to certain dated subgenres or trends. This means an increased focus on stripping elements from songs. Schnauss’ goals are to make sounds that are ‘more and more pure’ and music that has a more timeless sensibility.”