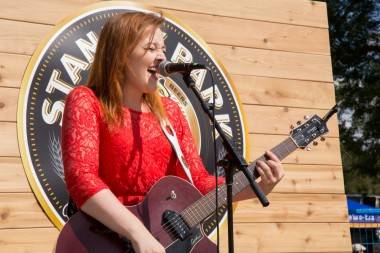 Originally from Parksville, B.C., the 20-year-old performer is making a name for herself as a songwriter. Swiss soul/pop singerÂ Stefanie Heinzmann recorded her song “Revolution” for her album Masterplan. The song was the third single from the album and the accompanying video garnered over 100,000 views on YouTube.