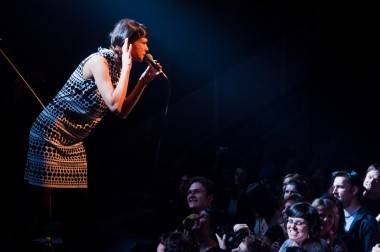 The last time Nouvelle Vague played these parts, the French pop band was trashing punk rock and new wave classics withÂ a rotating cast ofÂ lovely chanteuses at the helm. This time, the group – founded by Marc Collin and Olivier Libaux -Â Â is touring behind The Dawn of Innocence, a musical said to be inspired by fashion designerÂ Jean-Charles De CastelbajacÂ  (the guy who designed the coat of teddy bears once worn byÂ Madonna).

We’re not really sure what to expect from the show this time out. However, rest assured thatÂ despite the musical trappings the band continues to perform itsÂ signature casuallyÂ blasphemous takes on songs such as the Dead Kennedys’ “Too Drunk to Fuck”.Â Â And if we can go by this review of Nouvelle Vague’s recent Los Angeles show, the current incarnation features not the usual two but three female singers (no idea who they are this time out, although an SFGate review of a show last year mentions Mareva Galanter and Adrienne Pauly; Helena NoguerraÂ andÂ Karina Zeviani accompanied the band last time it came through Vancouver)Â and quite a stage show (from neontommy.com): 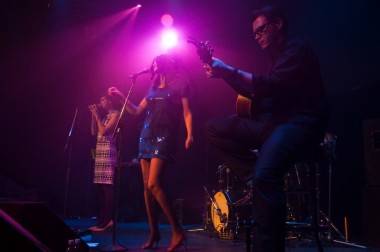 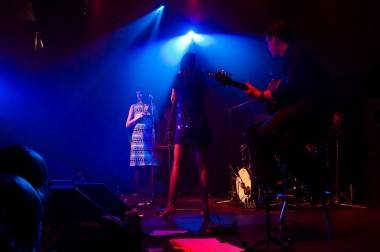