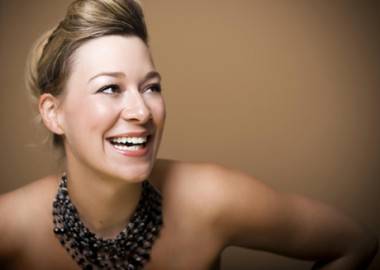 The singer was on her way to Australia for a tour when the pilot learned that a yacht had overturned in the south Pacific. According to an email from Lawrence, Barber’s husband, “The Air Canada plane was the only aircraftÂ in the vicinity, so the pilot announced they were obligated to search for the boat. TheÂ Air Canada jet flew RIGHT over the ocean, dipping its wings from side to side and asking all the passengers to look for the boat with any binoculars they might have with them.

“The boat wasÂ eventually spotted by passengersÂ and Jill and many others saw the overturned boat with three people on the hull waving madly while bobbing in the blue South Pacific. The Air Canada plane was able to pinpoint the exact location and circle over top until the rescue helicopters swooped in. Everyone on the plane cheered at the sight of them. The plane arrived in Sydney an hour later than scheduled.”