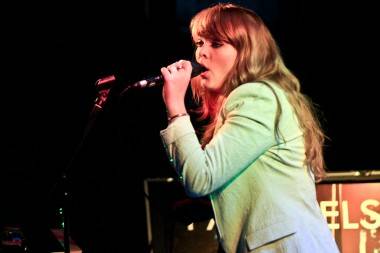 Parallels played Library Square in Vancouver Thursday night. TheÂ Toronto synthpop band is on tour for their new album XII, which features the song “Ritual Dancer”. You can hear some tracks on the Parallels website.

Dodson and Findlay’s first song was called “Ultralight”. Now MagazineÂ included Parallels as critic’s pick for “Best Electronic act of 2009”, in their “Best of Toronto” issue.Â Dodson represented Parallels in Flare‘s 30th anniversary issue as one of the “Hottest names to know in Canadian Music”. In 2010 Parallels released their debut album, Visionaries.