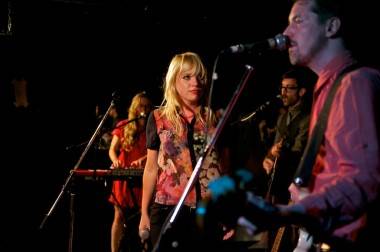 Alexz Johnson is a Brooklyn-based, Canadian-born singer-songwriter, record producer and actress. The Gemini Award recipient had a lead role on the CTV seriesÂ Instant StarÂ (2004-8). In it, she played adolescent music competition winner Jude Harrison.

Johnson released her debut album,Â Voodoo,independently in 2010. She followed up with two demos that ended upÂ being shelved by both Capitol and Epic.

Earlier this year, the actress/musician followed this setback with a Kickstarter campaign that raised enough funds in oneÂ day to support an entire tour. Over 900 fans made a pledge and over $67,000 was raised for aÂ debut tour in support of her latest release, a five-song EP called Skipping Stone (released in July 2012).

The EPÂ showcases the new material she has been writing and recordingÂ in LA and Nashville with singer-songwriter Jimmy Robbins. 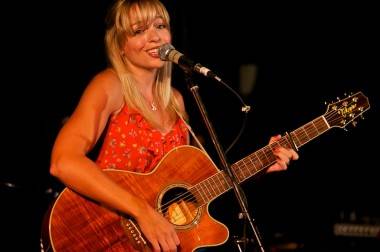