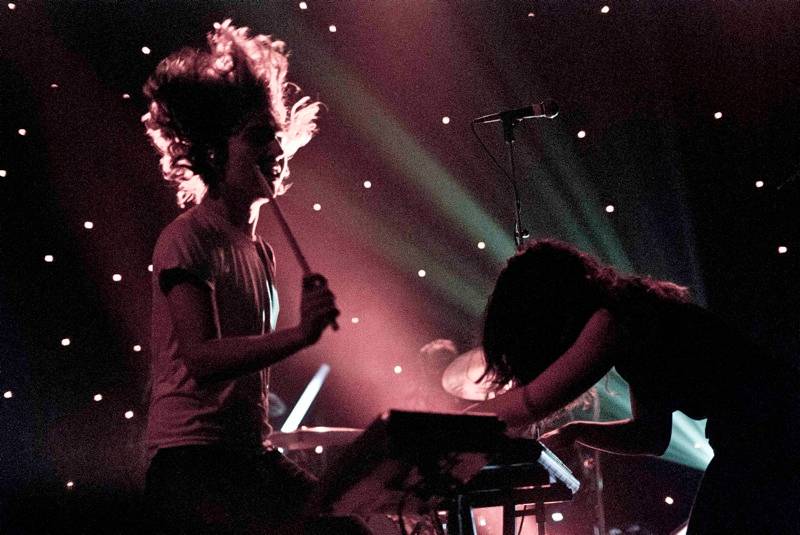 Just last week, M83 put on one of the most memorable sets at Coachella, which seems to have firedÂ up the French indietronica actÂ for the rest of their North American tour. With six critically acclaimed albums since their inception in 2001, the groupÂ shows no signs of losing steam or inspiration any time soon. Beginning with an ominous greeting from an extra-terrestrial creature in a black robe (imagine a cross between Yoda and Alf), they put on one of the biggest electro spectacles this city has seen this year. This sci-fi moment (the band is, after all, named after a spiral galaxy) marked the beginning of an otherworldly musical adventure. This wasÂ accentuated by seizure-inducing strobe lights and neon rods forming V-shaped structures throughout the stage.

The lighting display evoked the ’80s futurism aesthetic that M83 has a soft spot for. But the tremendous energy from Gonzalez’s touring band, particularly keyboardist/singerÂ Morgan Kibby‘s mesmerizing vocals and arduous dance moves, were enough to electrify the stage. Their touring bassist seemed possessed by the gut-busting synths and drums on newer songs like “Steve McQueen” (off last year’s Hurry Up, We’re Dreaming) and “Graveyard Girl”. 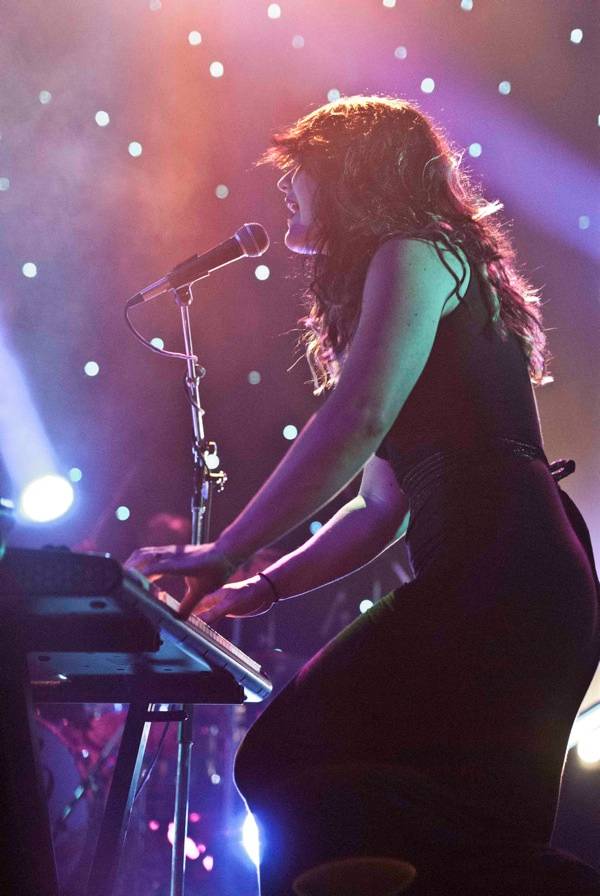 The palpitating rhythms had a similar effect on the crowd. Some fans broke out crazy and unconventional routines. I feared for a few fans on the lower balcony who seemed ready to leap onto the stage and sing along to the Gonzalez and Kibby’ soaring harmonies on “Midnight City”. Unfortunately, some recurring feedback on the vocal monitors caused a bit of a distraction from the lush electronica.

Gonzalez’ ability to construct finely balanced compositions was especially apparent during the show. Fierce drum rolls and chiming synth riffs rose and fell beneath a blanket of satiny melodies. A strong tension lay within every tune – a fixture that honestly did get slightly taxing after 90 minutes of vigorous electropop.

However, Gonzalez and company engaged the audience by experimenting with dynamics and playing ferocious interpretations of their more ambient tracks. The ear-splitting applause at the end of the encore proved that I wasn’t the only one impressed by M83’s showmanship. Gonzalez can be sure that he will have many supporters in Vancouver as he continues to broaden his progressive and captivating sound.

2 responses to “M83 at the Vogue Theatre”