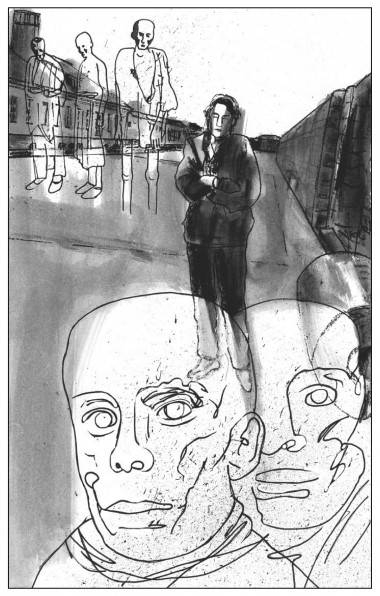 David Lester‘s The Listener has been nominated for ForeWord Reviews’ 2011 Book of the Year in the graphic novel category.

Contrasting the stories of a true 1933 election with a fictional political death in 2010, the book weaves a tale of one of the world’s most tragic acts of spin-doctoring – a story about complacency, art, power, and murder.

Lester is the guitarist in Vancouver-based rock duo Mecca Normal, who are currently working on a new album, so keep your ears out for that as well.

Other contenders in ForeWord Reviews‘ graphic novel category are:

ForeWord Reviews is a U.S.-based magazine, focusing mainly on small and independent publishers. Award winnersÂ will be announced at the annual conference of the American Library Association in Anaheim, California, on June 23, 2012.