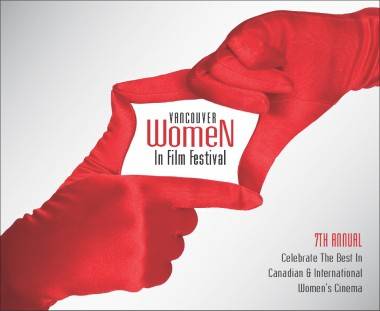 Interview with Everything and Everyone director Tracy Smith

If the current negative and misogynistic (looking at you, Rush Limbaugh) state of our beloved patriarchy is getting you down, then consider getting out of the house and communing with your fellow sisters (looking at you too, men) instead.

Rachel Fox, ever the enthusiastic and willing sorority cheerleader, interviewed director Tracy Smith in Vancouver last week. Smith opened up about her latest film Everything and Everyone, being a female film director in a male-dominated film world, why women’s film festivals are necessary, and how working as a PA on Stargate in the 1990s was akin to being in a penal (penile?) colony. 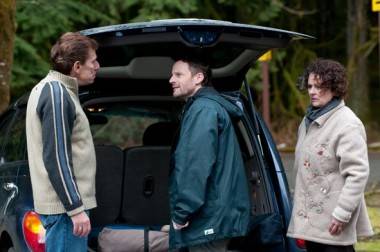 Jerry Wasserman, Ryan Robbins, and Gabrielle Rose in a scene from director Tracy Smith'sÂ "Everything and Everyone."

Rachel Fox: Tell me a little about your film Everything and Everyone [currently set to close the Vancouver Women’s Film Festival on March 11].

Tracy Smith: Ian Tang [writer] and I worked on a couple of scripts before this, including Curse of the Jade Falcon. Ian is amazing with dialogue. We also did a horror film, which is out of my comfort zone, “No Means No”. We did it for the Bloodshots competition and ended up winning, which was fantastic. The genre was “rape revenge”. I made it as gruesome as possible and ended it with a woman getting her eyes popped out as she was raped. I think that sufficiently horrified people.

IanÂ  showed me the script for Everything and Everyone and it just seemed to hold a mirror up to the lives that we live in Vancouver. Rarely do we get ourselves reflected on screen. Rarely do we see our stories. It was so appealing to be able to dive into our world and show it as art, something our audience can connect with.

Movie trailer – Everything and Everyone

RF: Why do women need a film festival?

TS: Oh God, yeah. I worked for a couple of very powerful producers and one of them was always, like, “Why do you need a ‘Women in Film?’ We don’t have a ‘Men in Film Festival’.”

TS: Right? That is always the answer. “You have the whole industry!”

I find simply that: guys will hire guys, because guys are buddies with guys. That’s just how our society seems to work. Genders are segregated in terms of who you’re friends with. And because film is so collaborative, you tend to hire your buddies. You tend to work with people you know. What happens is that it becomes this huge cycle; men typically have more power in our society, more positions of authority, so they will hire guys they know, or guys that they see themselves in. Rarely will they take a chance on a stranger, let alone a woman, who they can’t connect with or relate to.

Or, they don’t have the same stories. That is how our stories get lost – we don’t have the money or power that the majority of the film industry has. That majority being, men.

Short film – “No Means No” (winner of the 2008 Audience Award at Vancouver’s Bloodshots Festival):

RF: Your being a female filmmaker, having said that, puts you a little bit in the minority.

TS: I know that a lot of women, like Kathryn Bigelow, don’t want to be “ghettoized” as a female director; they want to be simply, a “director.”

It’s like Sidney Poitier in Guess Who’s Coming to Dinner, where there’s that scene and he says to his father, “You will always think of yourself as a black man, and I am a man.” Â There is a level of transcending the need for feminism by saying, “I am a director: I am not a ‘female director’ or a ‘woman director’.”

I think Kathryn Bigelow has done that, but for the majority of women, if we are not supporting each other then we will not be supported. 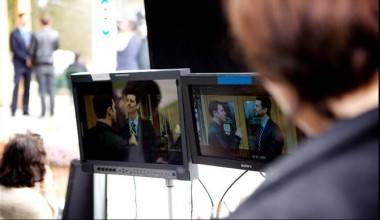 RF: The same be said for many industries in society.

TS: Absolutely. It is so depressing!

When I started making short films, I thought, “I am going to have an all-female crew.” It was so hard to even get an all-female crew! I’d ask around, “Do you know a camera assistant?” And my response would be, “Do you know Bob, Billy, or Tommy?” Eventually I would get someone to give me the name of a woman; they’re just not ‘top of mind.’ They don’t get the opportunities because there are not as many of them and they don’t stand out as much. Whereas there are just so many men; they’re friend with each other and they share those opportunities with each other.

RF: Is the climate for women any different than when you started – is it the same, better, or worse?

TS: It’s absolutely better. When I started as a Production Assistant it was on Stargate, and it was awful. I was one of the only female PAs on-set and I was targeted terribly by some of the male crew. One guy asked me out and when I said no, he threw a cup of water in my face. His boss sat me down and begged me not to sue.

Another time I was standing out by craft services – I was wearing fleece pants, 5 or 6 layers, it was freezing – this guy unzipped my pants, along the sides. This was in 1999, it wasn’t that long ago. I was like, “Is this really happening? Water getting thrown on my face and getting physically attacked on a film set in the 1990s?” It wasn’t that uncommon. It’s much better now, 13 years later.

You know, I kind of felt like I was visiting a penal colony – all these guys everywhere, and there were no women!

TS: Things like that don’t happen to you in a corporate office and half the people at the desks are women.

RF: What female films, directors, writers – that you have seen of late that have made an impression on you?

TS: We’re pretty lucky in Vancouver – there are a lot of female filmmakers that are so talented on an international level. Mina Shum, Lynne Stopkewich, Katrin Bowen, Monica Mitchell: they are very talented and they are working, which is fabulous. Just watching TV, it’s amazing how many female names come up as directors.

I adore comedy. Mindy Kaling, who plays Kelly Kapoor on The Office, has her own webisodes and writes and directs episodes of that show [The Office]. She is really breaking out. I think she is fantastic.

RF: Going back to Lucille Ball, Mary Tyler Moore, Roseanne,Â  and now Tina Fey – women have been influential and have maintained a higher, more powerful profile on TV for a long time. It’s interesting that you would mention webisodes. Is there something that sets film apart in that regard, in terms of the medium? 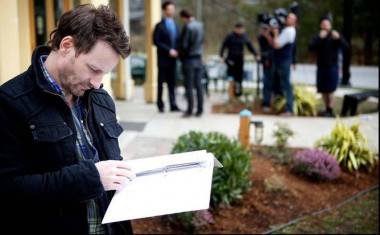 TS: Absolutely – and she had so much power. But as soon as the really big money came in, women were marginalized. There were decades when there were no female directors. When Elaine May directed A New Leaf (with Walter Matthau) in 1971, she was like, the first woman in 20 years to direct a Hollywood feature.

Video clip – “For Your Consideration: Women Directors Missing from the Oscars 2011″

RF: As a female director, do you have to work harder than your male counterparts?

TS: No, but your film has to be better though! [Laughs] That’s the thing with art; how much time and work you put in doesn’t matter. How good your film is – it’s the only thing that matters. You could put in very little effort and have a great film or put in a ton of effort and have a horrible film.

If you can find your audience, it doesn’t have to be the best film. It just has to be a really good film that your audience connects to. Not everyone is going to connect with it. And there is a big gender divide in terms of audience; women want to see women’s stories and men like to see men’s stories. Yes, there are crossovers and this isn’t black and white, and I’m generalizing.

I want to see women’s stories, and I want to tell stories that I want to see. I hope that I can tell a story that’s universal and personal and at the same time and it’s something people can connect to.

RF: What are you most looking forward to about the festival?

TS: It is one of the few places where you feel a sense of community. It’s like a little high school reunion every year. You get those connections, you see those people, you network – and I always tend to find crews for upcoming projects at the festival!

For more information and tickets, go to Vancouver Women in Film and Television.