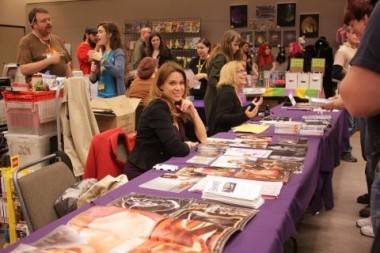 Last year, Seattle’s lady fans of all things geeky banded together to throw a two-day party. The fall event, the first of it’s kind in the Pacific Northwest, was enough of a success – 4,000 attendees – that GeekGirlCon 2012 will take place Aug 11 – 12 at the Seattle Conference Centre.

“This August, in Seattle, the GEEK GIRL CON, one of the most fun, beautifully organized and inspiring conventions I’ve ever attended is back, back, back and I cannot WAIT.

“Regardless of how you identify on the gender chart, this con is not to be missed. There are speakers from television, fiction, comics, gaming, cosplay, and music, all with a positive message of hope, creativity and joy. It was ridiculously fun last year, I was honored to be a guest for their first show and I could not have been more impressed.”

The second annual GeekGirlCon is seeking submissions for programming until March 14. Organizers are looking for proposals from professionals for panels and presentations on topics such as:

You can find out more at the GeekGirlCon website. 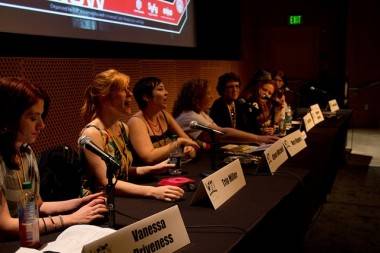