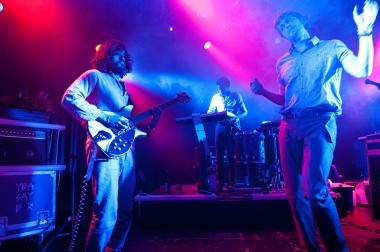 Review and photos – Yeasayer at the Commodore Ballroom, May 28, 2011

Granville Street was quiet on Saturday night with the mass exodus from the city of Sasquatch attendees.

Standing on an empty sidewalk, I felt like the unfortunate kid who had been left behind from a school field trip. Luckily, New York City’s Yeasayer made a stop at the Commodore Ballroom before heading to the George, WA festival’s Bigfoot Stage for a Sunday set. Their performance was a hefty consolation prize for those of us who could not take in the breathtaking scenery of the Gorge this weekend.

In 2007, the band put out their first record, All Hours Cymbals, which caused a stir in the blogosphere for its rhythmic, psychedelic sound. Since then, they’ve been a hit on the festival circuit, have been featured on TV soundtracks left and right, and received critical acclaim for their follow-up record Odd Blood.

Casually strolling onto the stage, Yeasayer immediately radiated a young, hip and adventurous energy. Frontman Chris Keating couldn’t look more confident as he swiveled around with his wine while wearing a cuffed button-down shirt, ironed chinos and neon runners. 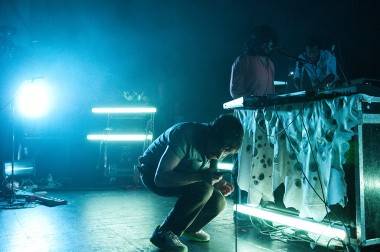 Soon, Keating wasn’t the only person gliding and hopping around the venue. Set opener “Sunrise” created a peppy atmosphere with its brass percussions and tribal beat. Swaying to the dub-step and elevating feel of “Tight Rope”, fans quickly got in on the action. Already a hit with the crowd, Keating sealed his popularity by talking about his close connection to Vancouver (apparently he’s got family in the city, and his “lady friend” is a local).

All buttered up, the audience jumped around to the tropical pulse of “O.N.E”, which featured the vocals of guitarist Anand Wilder. The dancing intensified with “Mondegreen”, another electro-percussive track from the eclectic group. Strobe lights were synched with Keating’s staccato singing, making for a staggering visual and aural display. 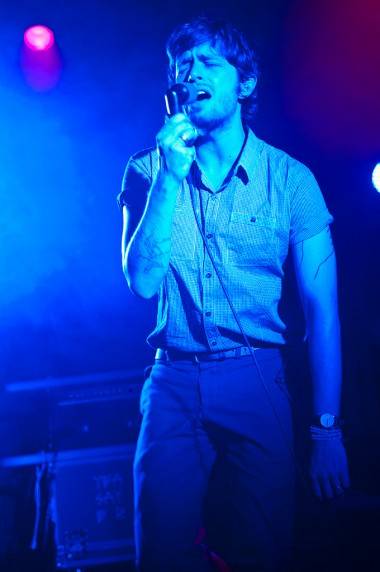 Before leaping into “Rome”, Yeasayer showed some appreciation for openers Hush Hush and Smith Westerns. A highlight of the evening was Keating turning our attention to the merch booth where Hush Hush was chatting up some of the lovely ladies in line.

It was a delight to witness the old soul energy of Chicago’s Smith Westerns. Tunes like “Be My Girl” and “Weekend” felt like grungy re-inventions of ’60s and ’70s pop-rock. It also helped that, with his shoulder-length hair, twiggy frame and loose, printed shirt, lead singer Cullen Omori looked like a cast member of Dazed and Confused. Their muddied sound overshadowed their more cheery melodies at times, so their performance could use some tightening up. But I could easily see how fans are drawn to their retro and carefree aura. 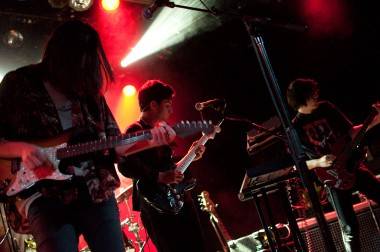 Smith Westerns at the Commodore Ballroom, May 28 2011. Ashley Tanasiychuk photo

With a couple of more years experience under their belt, Yeasayer sounded significantly more polished, and appeared generally more relaxed on stage. They ended the evening with “Ambling Alp”, one of their most buzzed-about compositions on sites like Hype Machine. Channeling a little bit of Joy Division, and a touch of Wham!, the fun track put the crowd in the best mood of the night. I suddenly was more optimistic about going home to a warm shower and a comfy bed instead of a wet-ones rubdown and a soggy tent. 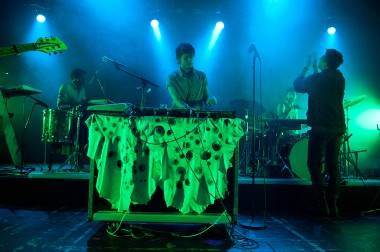