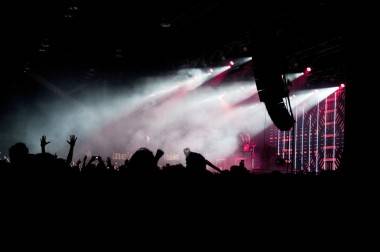 Review – David Guetta at the Vancouver Convention Centre, May 22 2011

Sunday May long weekend’s David Guetta show at the Vancouver Convention Centre seemed to be going through a bit of an identity crisis. Was it a concert? A club night with $90 cover? The answer lay somewhere between the two. The music would have been a hit in any top-notch night-club, but the audience paid more attention to the stage than to the crowd around them. I guess if you’re paying to see David Guetta, you might as well do your best to see David Guetta.

Perhaps part of the reason for the confusion is that this type of party is one the likes of which has never been seen in Vancouver. At least that’s what the promoters would have you believe. The event was billed as the largest interactive indoor show ever to take place in Vancouver. “Interactive” is of course just PR-speak for “unseated”. But the event didn’t seem all that interactive. Most party-goers stood in a massive crowd facing the stage, respecting the personal space of those around them to the extent possible in a tightly-packed throng. Behind that was an abyss of sparsely-populated open space, and further still, long line-ups for the cash bar.

There were a few people there who clearly came to dance their hearts out, but these were the exception. Most were content with a head bob and occasional fist pump. Others stood around and watched. It seemed that for many, this was an excuse to look good and be seen by others while looking good.

It was also a chance to see the legendary Guetta in the flesh. Guetta is one of theÂ  world’s most sought-after producers and DJs. Anyone with even passing exposure to contemporary top-40 music would have heard some of his tracks. He has worked with many of today’s biggest stars, including Nicki Minaj, Rihanna, Lil’ Wayne, Snoop Dogg and even Madonna.

Clearly the star of the show, Guetta DJed from an elevated stage in front of an enormous wall of lights. From the rear of the crowd, you could hardly see him at all. It took about 10 minutes of concerted effort to push forward close enough to see his expression. If you got there, it became clear that he was having as much fun as anyone. He raised both arms out over the crowd, as if to say thank you, Vancouver, for receiving this music. 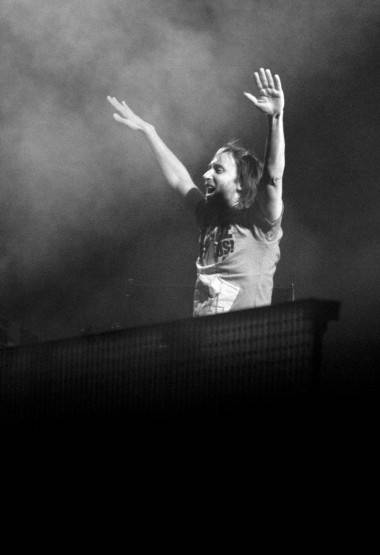 The music was awesome. The beats were bumping. But I would have liked to have seen more people who looked like they were having the time of their lives, and not just making an appearance to see and be seen. From what I saw the crowd was polite, respectful and curiously sober. This was in some cases a blessing – there was a distinct lack of lecherous young men cruising for females to rub up against – but at the same time wasn’t terribly exciting. Maybe Vancouver party-goers are just classy like that.