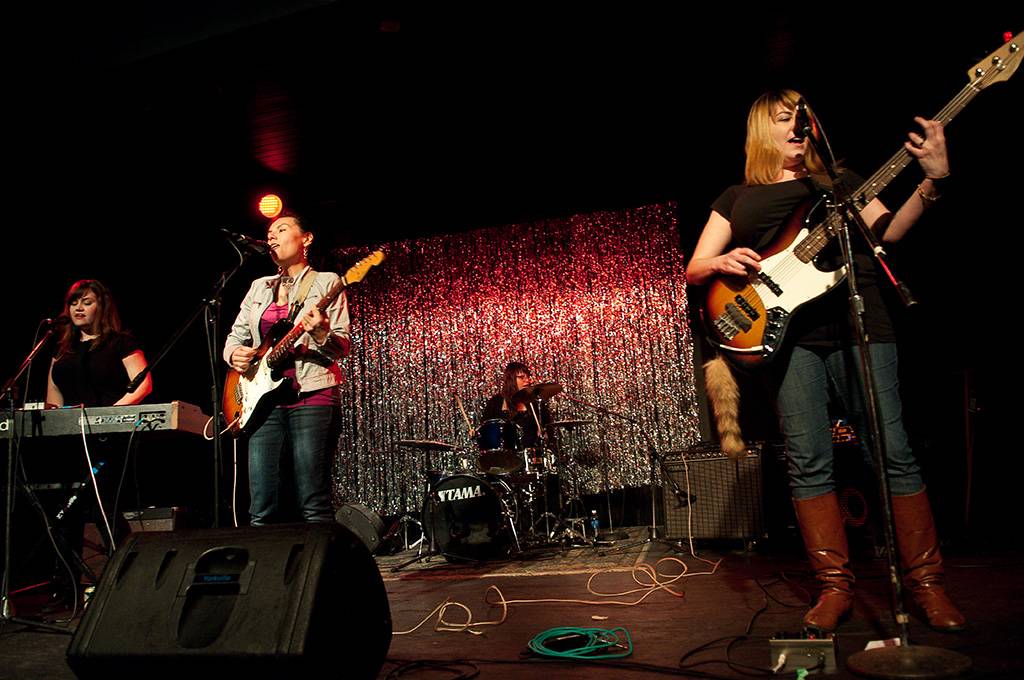 Now in its third year, Girls Rock Camp presented a show-and-tell of its cumulative success on Thursday night at the WISE Hall in East Vancouver.

Although prominent B.C. artists Carolyn Mark and Vancougar were given top billing, the real headliners of the show were the actual attendees of the Girls Rock Camp. Numerous campers showcased the skills and songs learned while attending this amazing not-for-profit program, which was founded by local music mentors who saw an opportunity to enrich the local community. Part of an international organization, the program’s mandate is to provide space and opportunity for young girls and women to explore music making with all its associated benefits – increased confidence, self-sufficiency and joy. 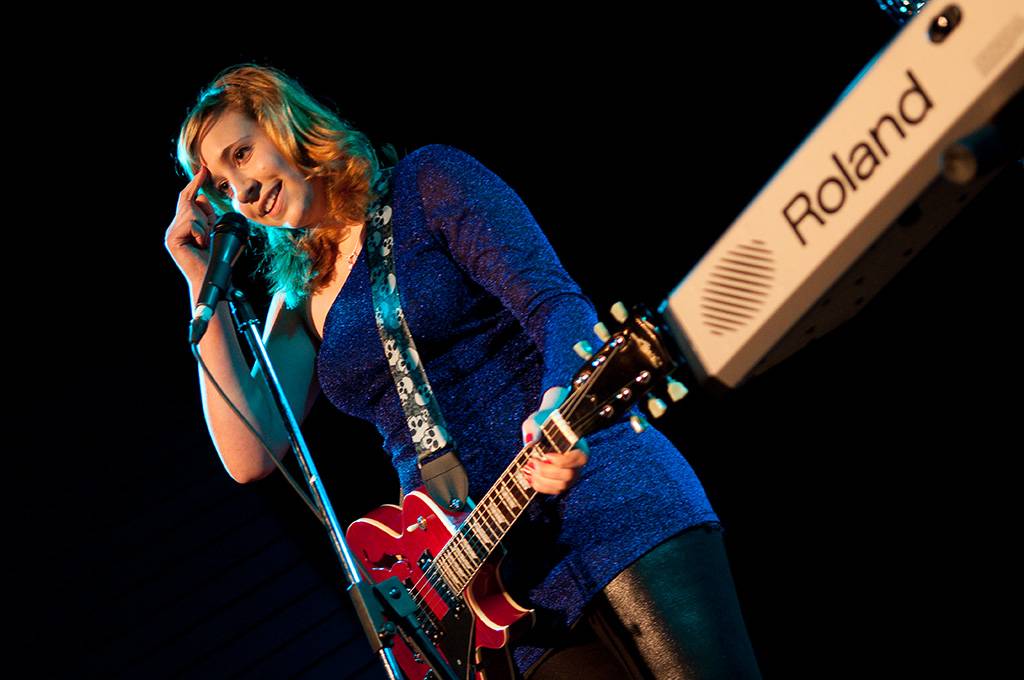 The latter was clearly evident at the fundraiser, from the faces of the dedicated organizers to the parents in the audience to, most of all, the kids on stage rocking out.

Playing songs from artists ranging from Ani Difranco to Nirvana along with original compositions, these young talents impressed. So did a slideshow, accompanied by a soundtrack recorded during the first camp, of photos displaying just how the camp affects young musicians.

Pictures of pre-teen girls holding drumsticks (some probably for the first time) brought smiles to many in the audience. Along with the photos were testimonials from campers declaring how safe, secure and relaxed they felt in the camp setting. It was hard to not be convinced of the value of this program when seeing firsthand the results of its efforts. 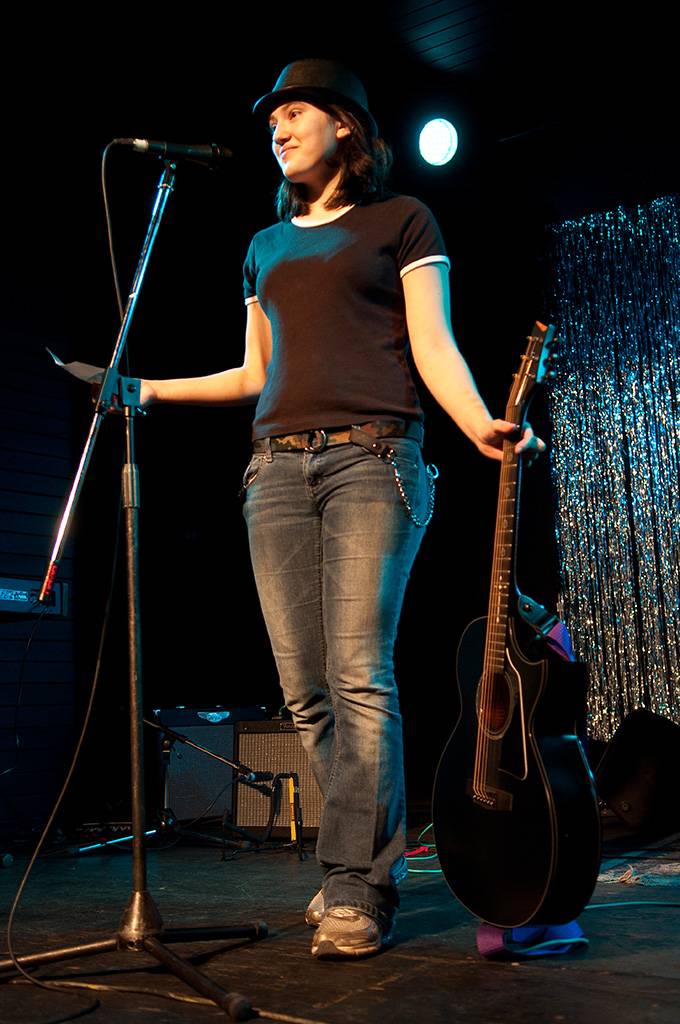 Not to sound glib, but one could only describe this kind of program as radical. While it shouldn’t be considered subversive to empower girls to make music, this was the takeaway from the evening. In a world where young women are actively discouraged from picking up drumsticks, electric guitars and making noisy, raucous sounds, it’s a breath of fresh air to see a group actively giving girls the tools and space to engage in rock.

Free from the distraction and competition of boys, who tend to dominate in music classes, performances and the scene in general, it was clear that girls not only have the ability, but the motivation to engage in rock when given the opportunity. It’s so important for young girls to realize that they are capable of being more than just token lead singers, objects of physical beauty or pawns for the music industry to exploit at will. 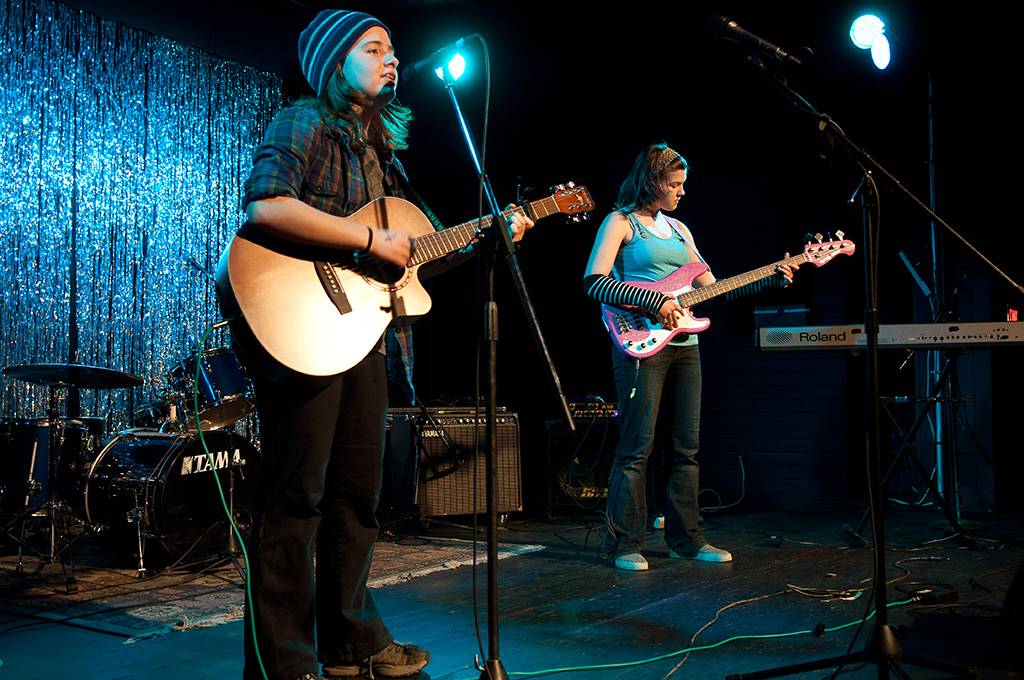 Also impressive was Girls Rock Camp’s dedication to breaking down social barriers in their partnership with the Urban Native Youth Association. This year they will be holding ten spots in reserve for First Nations youth wishing to participate in the Girls Rock Camp, which will run July 4 through 10 at the Urban Native Youth Association headquarters (1618 Commercial Drive). Open to girls ages 8 through 18, the camp supplies the instruments, instructors and healthy meals. At $300 per child, the program might seem unaffordable for some, but subsidies are offered for those in need. The campers perform a showcase of their talents on July 10th at the Rio Theatre (1660 East Broadway).

Witnessing the achievements of this amazing organization has made a believer out of this reviewer; the value and enrichment this provides to the youth of our communities cannot be stressed enough. Interested parties are strongly encouraged to donate, volunteer or attend the grown-up version of Rock Camp, called Ladies Rock Camp, May 6 – 8 at the Waldorf Hotel (there’s still one spot left!). This will include a showcase on Sunday night at the Waldorf, which will be open to the general public. To donate to Girls Rock Camp Vancouver, or to get more information on sending your girls to camp, please surf to: Girlsrockcampvancouver.ca . 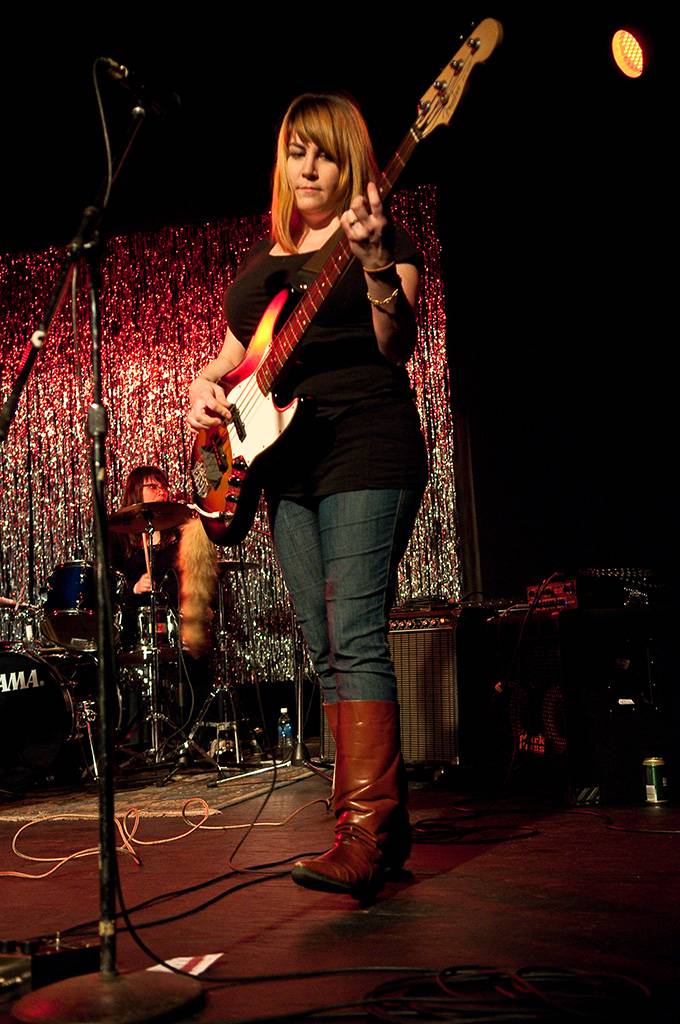 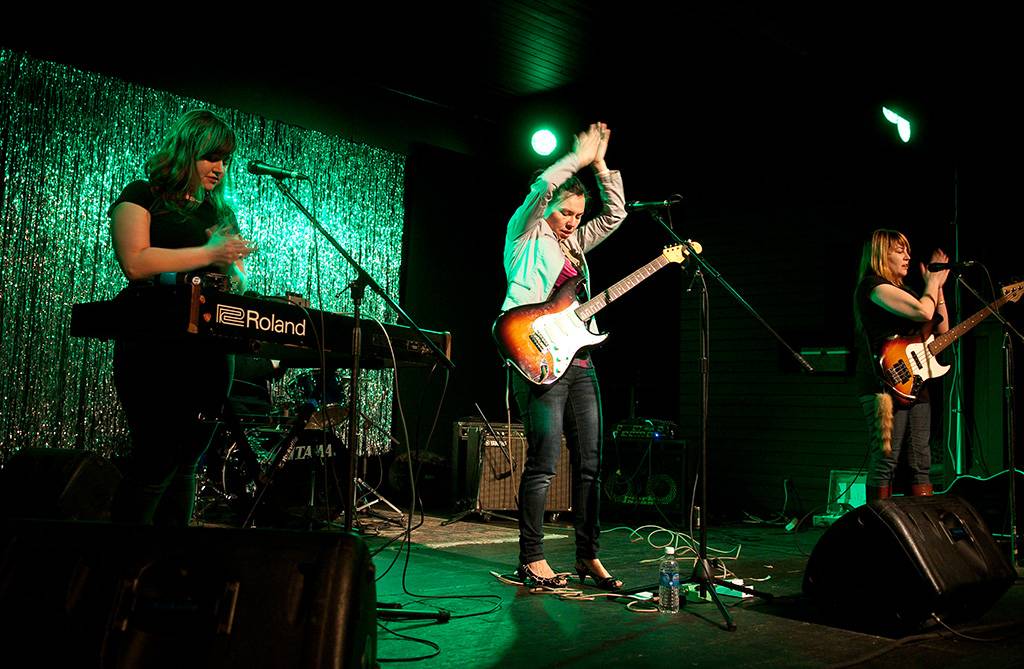 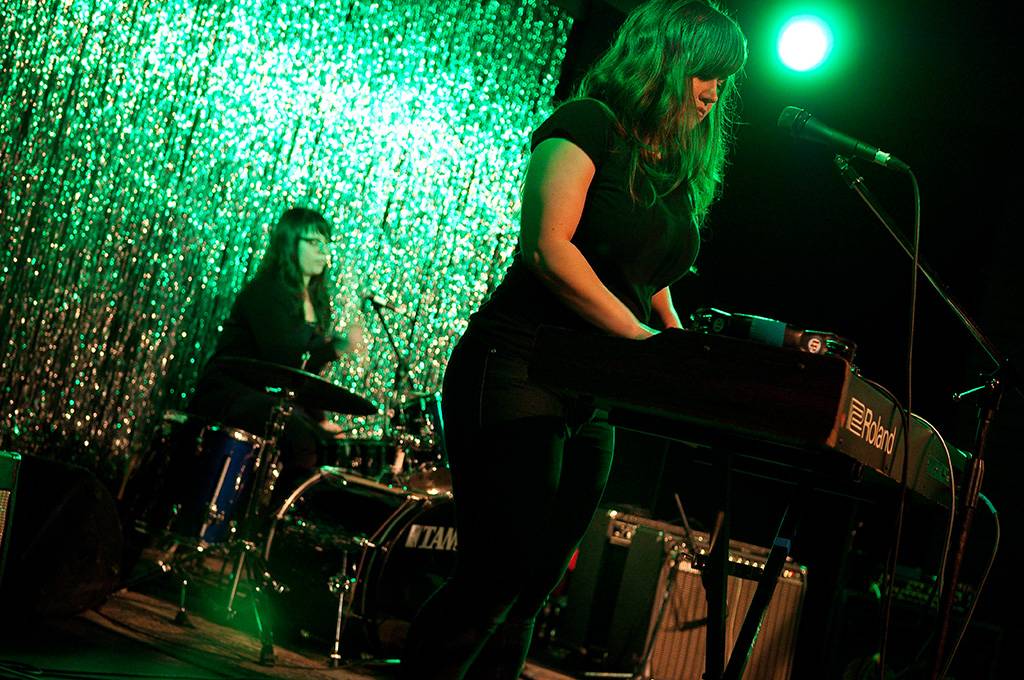 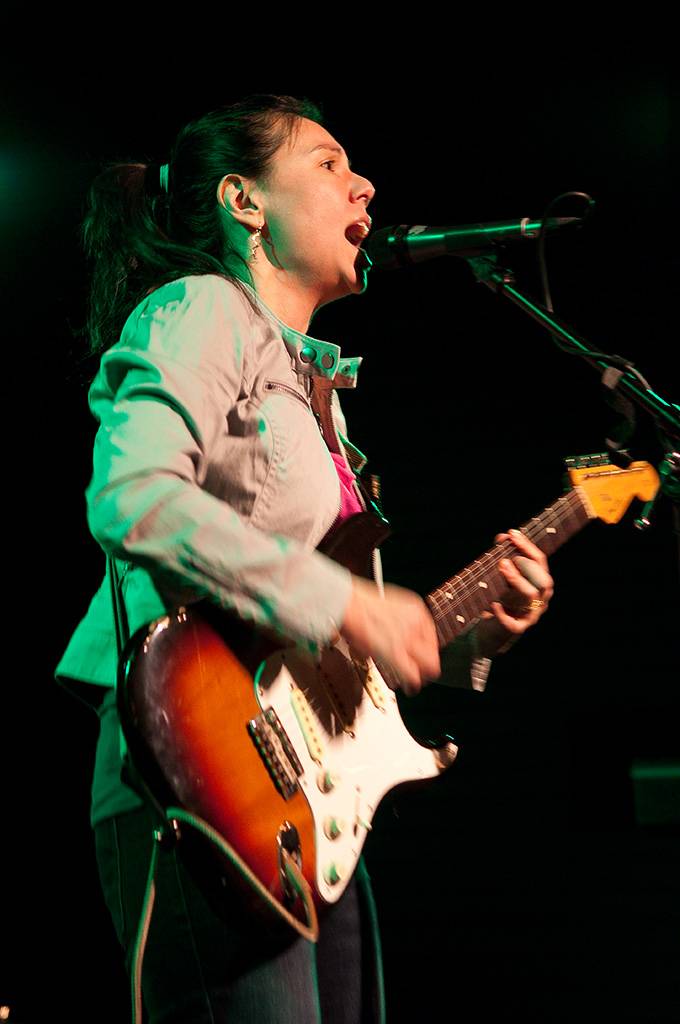