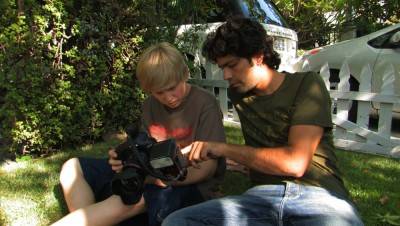 If anybody is qualified to make a documentary about celebrity, it’s Adrian Grenier. After all, this is the dude who first rose to fame by playing mega-star Vincent Chase on the HBO drama-comedy Entourage.

As his own life began to resemble that of his on-screen character, Grenier befriended a young paparazzo named Austin Visschedyk, a 13-year-old who once snapped the actor’s picture. Visschedyk then became Grenier’s muse and his entry-point into the insular world of celebrity photographers.

Much of the first half of Teenage Paparazzo focuses on Visschedyk and his paparazzi friends, as Grenier seeks to understand the methods and motives behind their parasitic violation of celebrities’ privacy. Talking heads by Lindsay Lohan, Paris Hilton and others provide first hand stories about media exploitation. 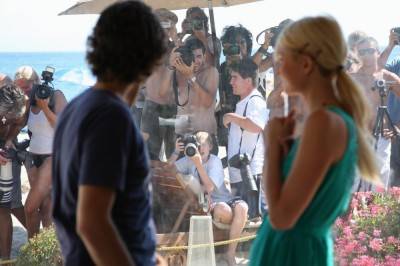 This alone would have made for an interesting movie, but Grenier takes a more academic approach by examining Western culture’s obsession with celebrity. With the help of authors and university professors, Grenier explores how we all help to fuel celebrity mania – even those of us who claim to be immune to the lure of, say, up-skirt photos of Britney Spears’ lady bits.

It’s a brave piece of analysis, since Grenier is forced to admit that the mere act of filming a documentary makes him a participant in the pop culture machine – essentially, a paparazzo himself. And, of course, this means that the audience are participants simply by watching the film.

Which, if you think about it, means that you’re a participant now that you’ve read this review. Confused? Watch Teenage Paparazzo and get to the bottom it. Or you could just say fuck it, head over to TMZ.com and forget about the whole thing.