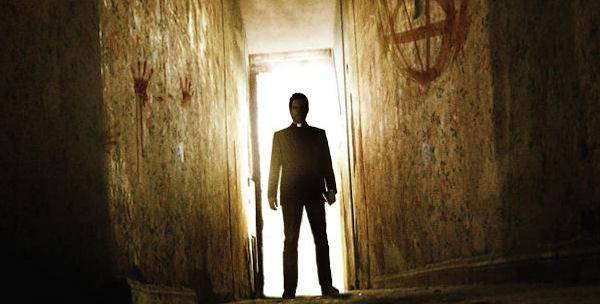 I really wanted to write a glowing review for Daniel Stamm’s The Last Exorcism. It was obvious from the trailers that this wasn’t going to be your standard modern horror film, wherein people get sawed up and generally tortured serial-killer style. It was clearly going to be creepy, though, and I love me some creepy.

In many ways, the film does indeed deliver. It’s not going to win any Oscars of course, but if you are heading to the theatre to watch a movie like this, you should adjust your expectations accordingly; horror films are not usually judged according to their artistic merits, after all. What really matters is that you are genuinely scared and/or disturbed at some point during the show.

The Last Exorcism even takes it one step further than that, and that is admirable, given its genre and its low-low budget (although I doubt the budget of $2 million quoted on various blogs and websites includes the marketing budget, because boy is this film being flogged heavily).

The film’s faux-documentary, hand-held camera approach is somewhat familiar – the most obvious comparison being 1999’s The Blair Witch Project. Unlike Blair Witch, the film is intentionally funny in spots, versus unintentionally (c’mon, you laughed at the close-up nostril shot in Blair Witch, too). Like Blair Witch, the audience is often forced to question the characters’ motivations, plus deal with a certain level of uncertainty over WTF is even going on. Which creates a very real sense of unease, and that, of course, is the point. 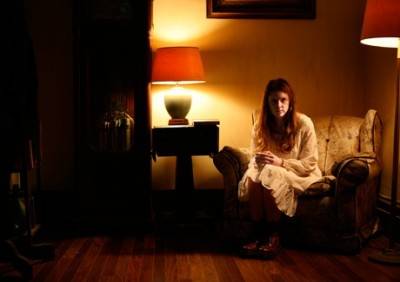 Alas, now we get to the “but.” While it is understandable that casting name actors in the film wasn’t possible or even desirable, an actor does need a certain amount of acting ability to act as if they are not acting (say that ten times, fast). Given that this film is shot in faux-documentary style, and the thrills and chills depend on a certain amount of suspension of disbelief, it is rather distracting to be constantly aware of the actors’ acting.

Not that the lead, Patrick Fabian, sucks or anything. He does a fine job of playing shady, used-car salesman-like Southern preacher, Cotton Marcus. Cotton is a good-looking guy (yes, as a female, I had to point that out), and a charmer who has used style over substance to hold sway over church congregations – and uneducated “demon-possessed” folks – since he was a young ‘un. And while it’s possible that Fabian is deliberately coming across as “fake” to be consistent with his character, it still gets somewhat in the way of the audience taking the film seriously – which is necessary, if the film-makers want to inspire actual fear in the audience at any point, that is. If all they want to do is make fun of the horror genre, then that type of knowingly-fake acting style works perfectly.

The acting is not the only area where the film reneges on its unspoken agreement with the audience. Given that the producers didn’t have a lot of money for razzle-dazzle effects or Anthony-Hopkins-as-Hannibal-Lecter-level performances, they have to build suspense mainly through the storyline. The ending is particularly key, since everything that happens in the film is building up to the point where the audience finally gets to find out what the heck is causing all of this crazy stuff to happen.

Yes, there are some truly creepy moments along the way. The scene where the young, maybe-she-is-maybe-she-isn’t-possessed girl (played convincingly by Ashley Bell) finally goes Full Demon is rather disturbing to say the least. This scene is real horror, and pays very appropriate homage to The Exorcist. Plus, the fact that throughout the scene Stamm continues to play with the audience’s expectations in terms of whether or not this is a “real” demon possession (if indeed there is such a thing, of course) adds another layer that traditional horror films cannot really explore. And that’s a good thing for today’s post-modern audiences.

Still, given that the film clearly depends heavily on the last scene to deliver the final one-two punch, it seems to take the easy way out. Or rather, the “they probably ran out of money” way out. It’s a good flick, to be sure, and probably worth at least two viewings. Just don’t believe all of the hype.

One response to “The Last Exorcism, not quite”