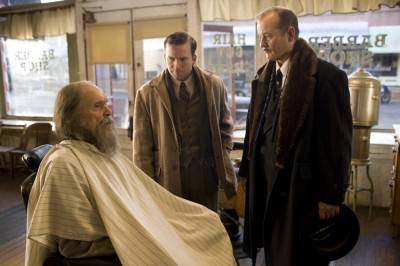 Aaron Schneider’s Get Low is the kind of movie the film press likes to turn into a critical darling, yet it leaves most mainstream audience members saying “That’s it?” Not that it’s a bad film. You can’t fault the performances of the lead actors, especially Robert Duvall, who plays the central role of ornery town recluse Felix Bush; his beard alone is Oscar-worthy. Bill Murray is also fabulously snarky as funeral-home director Frank Quinn, a man who is driven to drink by the fact that, in their Depression-era small Southern town, people are apparently taking “way too long to die.”

Get Low is based on the true story of a hermity-type fellow from Tennessee named Felix “Bush” Breazeale who decided to host a funeral party for himself (an aside: the Irish have a name for “funeral party” of course – it’s called a wake) in 1938, while he was still alive. Apparently this caused quite the scandal at the time, something that comes across in the film as well. Indeed, the whole town and most of the population of the surrounding counties comes to the funeral party, thanks in part to the fact that Felix decides to sell lottery tickets for a chance to win his large, untouched spread of land. The 1930s-style PR efforts of Frank Quinn and his earnest, loyal assistant, Buddy (Lucas Black) don’t hurt either. 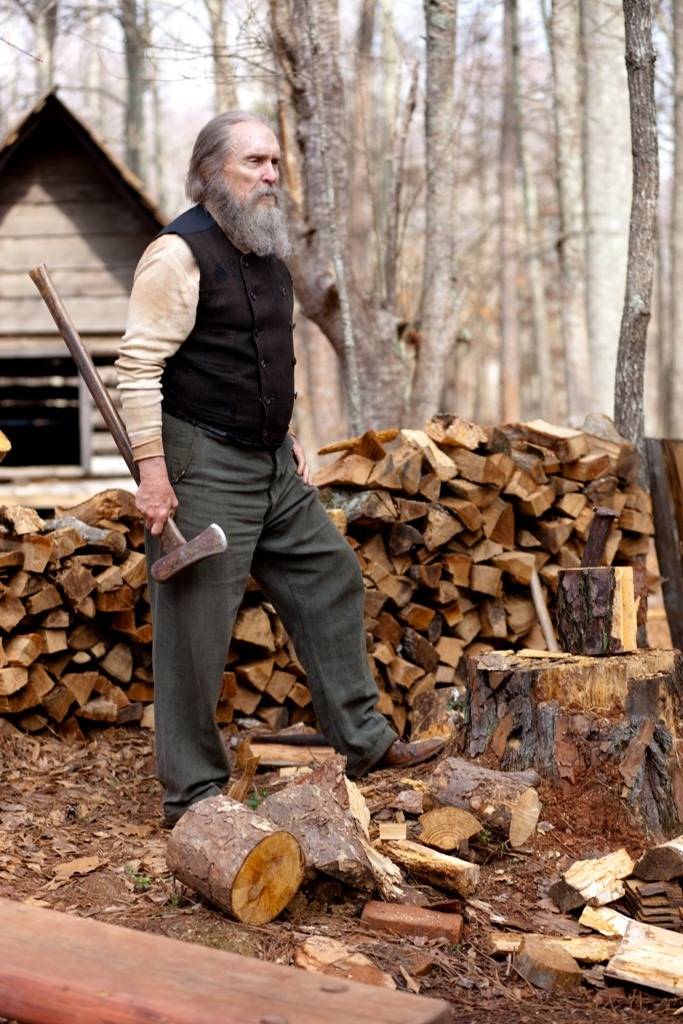 Robert Duvall’s ‘Oscar-worthy’ beard in the movie Get Low.

The themes of redemption, forgiveness, aging and death are recognizable and well-worn – not that there is anything wrong with that. Still, if a filmmaker is going to walk a path that so many other writers and directors have gone down before, it’s best to bring something fresh to the table. The plot is not something we have really seen before, true, but since so much of the film’s oomph rests on its thematic underpinnings, there really needs to be something more going on than what goes on.

Take the final scene of the movie. After 40 years of self-imposed exile, and being forced into the role of town boogeyman, Felix comes to realize that only a very public confession of his sins will be able to give him proper atonement. Duvall does an amazing job of showing how difficult it is for Felix to humble himself and ask for forgiveness, while at the same time conveying how desperate he is to free himself of the guilt he has carried for most of his life. 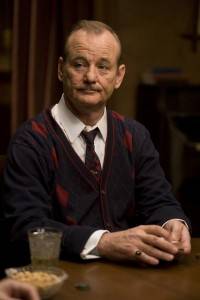 Bill Murray plays a funeral director in Get Low.

Yet the big reveal, as it were – the secret that Felix holds heavy in his heart but has never spoken out loud – is still a bit of a letdown. Maybe modern audiences (including myself) are too jaded and too desensitized to human tragedy, that anything short of Felix confessing that he ritually sacrificed a bunch of babies provokes a bit of a “so what?” reaction. That aside, however, the fact that the film’s gravity rests mostly on this long-awaited and heavily-foreshadowed revelation means that it probably should be, at least a little bit, shocking. There needs to be that moment of “oh my God” to give the resulting moment of forgiveness and redemption real power. Felix does need to have done something almost unforgivable for the forgiveness he receives to really, truly mean something. And while his secret is certainly tragic, and his sin real, it is almost too understandable/instantly forgivable, and that robs the audience of the vicarious cathartic reaction that they have been led to believe is coming.

Overall, this film is worth seeing for Duvall and Murray’s performances and the way Schneider brings to life the American south in the 1930s. Thematically, though, it falls a bit short of its promise, and that is always a tad disappointing.