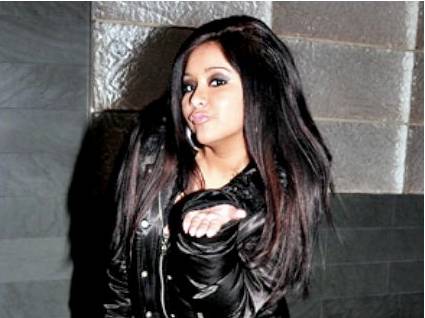 Snooki has broken up with her boyfriend! Poor Emilio doesn’t even know why – the heartless vixen nixed her new BF on FB, believe it or not. When asked by TMZÂ  to describe his hearbreak, the eloquent Emilio waxed poetic in this gut-wrenchingly desolate note to the website TMZ: “All i know is she was upset i tried out fornreal world nd left me a message sayin im single. Next i kno i wake up morning and facebook says im single.” Then, to add insult to injury, Snooki engaged in a flagrant DFM (That’s Dance-Floor Makeout session) with The Situation in Miami! As for the other Jersey Shore individuals, I think the two that were together before kind of broke up due to some other dance floor third party situation, but not The Situation, some other situation.