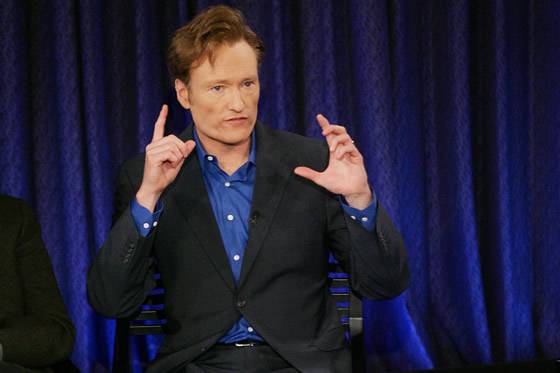 Conan O'Brien is quitting the Tonight Show... in case you haven't heard.

So this was the week of everyone quitting everything, except perhaps for the people who should be quitting things but instead are forging on misguidedly and disastrously… anyhow, you’ll understand more as we go on. The quitters: Tobey Maguire and Sam Raimi are quitting the Spider-Man franchise, which is a good thing because although Tobey is a good actor and all that he just wasn’t Spider-Man, and Sam’s direction was boring. Or maybe comic-strip-theme movies are just boring–actually I think that is it. Let’s quit that nonsense (this opinion will get me in trouble with my editor, I have a feeling)[Au contraire! Although I am looking forward to Iron Man 2.-Ed.] Moving on, of course the big news is that Conan O’Brien is quitting NBC because Jay Leno is taking back his 11:30 spot, and Leno has quit being a lovable schlump and written a biting and pointedly mean letter about the situation [Jay Leno’s letter] that of course actually makes him eminently more likable for some reason. Chicks love assholes lalala… Simon Cowell, who is like the worst person ever (who strangely manages to both an asshole andÂ  unattractive), is quitting American Idol, leaving the worst show ever, though he may be replaced with Elton John, who could bring some shed of dignity to the endeavor. Last and least, Hugh Hefner is quitting his inane new identical twin girlfriends who evidently got tired of Depends duty and wanted to travel around the country promoting the Playboy brand, because nothing makes people more impressed with your hotness than knowing you and your sister prostituted yourselves with an ancient, wrinkly old sleazeball.

People that are continuing on with inadvisable activities: Madonna can’t quit sexting Alex Rodriguez, and it’s causing problems with his current girlfriends unsurprisingly. Heidi Montag cannot quit talking about her breast implants, and can’t quit comparing herself to actually talented people. She actually says that her new album is as good as Thriller, and truly her songwriting is incredible! The line from her new single “come eat my panties off of me, do what you feel comes naturally…” is pure genius on par with “Tardy for the Party”. If you want your ears to quit your head you can try listening to her album, it’s on iTunes this week. Now quit reading this and get back to work you slacker. 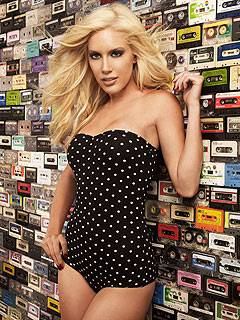