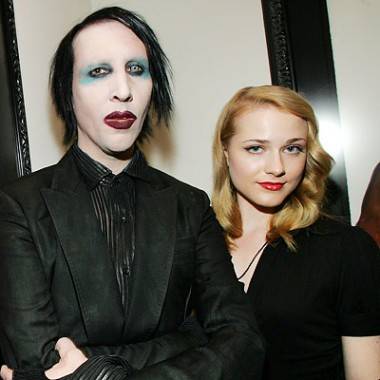 Scurrilous Ephemera would like to apologize in advance for all the recent violence, real and simulated, contained herein; maybe those with more delicate sensibilities might want to pass over this edition too. But if people are going to continue to screw around on and bitchslap each other up in public, you can continue to read about it here because it’s interesting when rich, famous people act like inbred hillbilly trailer trash! Not that this is an endorsement. SE’s stance is purely pacifist, of course, with the exception of Michael Lohan, who clearly needs someone to drop an anvil on his head or something. Last week, the Rolling Stones’ Ronnie Wood got in on the action by abusing his 21-year old Russian girlfriend outside a London restaurant. Of course this begs some interesting questions: did he hit her with his cane? Gum her? Har-har, he’s like, 200 years old, get it? What does Ronnie Wood smell like? Hmmm… Depends. Okay, okay! Bad Ronnie, no hitting. 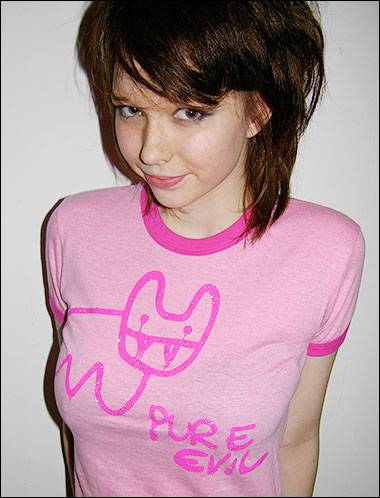 Some really violent Guidos live in New Jersey, and they like to strut around shirtless, not to mention beat on each other at bars to get the attention of slatternly trollops who chew gum and guzzle tequila shots simultaneously while hollering at the men and snarking at each other. The guidos and the trollops then pair up to go home and vomit on each other before passing out chastely. This intricate mating ritual reminds one of the fascinating Sage grouse display, though the grouse has a slightly higher level of intelligence and thus actually manages to complete the sexual act for the propogation of the species, while the Jersey folks are a perfect example of social Darwinism at work. All this can be learned on a fascinating new MTV documentary series called Jersey Shore. It’s amazing! There is actually a young fellow on it called “The Situation” because the state of his six-pack abs is “a situation.” You need to see this show now, it will change your life. 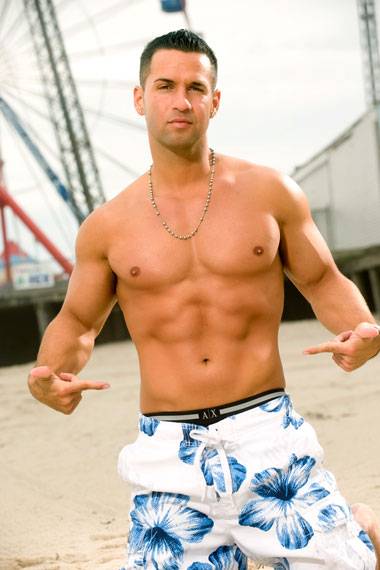 The Situation on Jersey Shore.

This may cause you to lose your breakfast, but Marilyn Manson is back together with the delicate little Evan Rachel Woods. I don’t want to be mean, but isn’t Marilyn Manson the most hideous human being on the planet? He actually looks better when he’s made up like a psycho monster. Anyho, this reunion has become manifest despite the fact that after they broke up last time, dude made an entire video devoted to documenting the torture, murder and dismemberment of an Evan Rachel Wood look-alike by, well, himself. How romantic! No wonder she couldn’t resist.

George Michael confided to The Guardian, and therefore the world, that he really enjoys smoking lots of weed and occasionally strolling down to the woods by his house for some anonymous homosexual love. Well then! Honesty is refreshing, but I’m sure there’s going to be a stampede of random people hanging out in the woods around George’s house these days, so if you’re Helen Hausfrau with little Sophie and Gunner looking for a nice picnic spot you might be in for a big surprise; take them home and watch “Jersey Shore” instead.