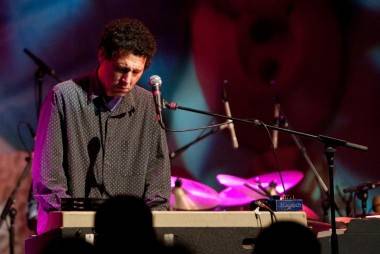 Review and photos – Yo La Tengo at the Commodore Ballroom, Vancouver, Oct 21 2009

Is there any band more functional, as in the opposite of dysfunctional, than Yo La Tengo?

It’s kind of sickening, when you think about it. The critics’ fave has been together since 1984 and had the same lineup since 1992. As a trio, Yo La Tengo has released acclaimed album after album and, without fail, has found on each a near-perfect balance of accessibility, experimentalism, sweet melody and instrumental freak-outs.

The group’s lyrics are unfailingly smart, self-aware and often romantic, guitarist/vocalist/keyboardist Ira Kaplan and drummer/bassist/vocalist Georgia Hubley have been firmly ensconced in a (presumably happy but definitely productive) relationship for ages, and a staunchly indie ethic has kept the group free of major label carnage. 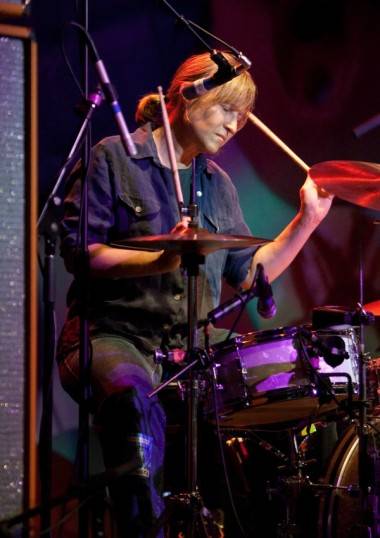 Together, they know tons of other peoples’ songs, their own music covers probably the widest spectrum of genres of any other contemporary band, and they recently released a garage-punk album as the Condo Fucks. Filmmakers love them – the group played the Velvet Underground in I Shot Andy Warhol, its songs and scores have appeared on numerous soundtracks – and the group holds a Hanukkah celebration nearly every year in its Hoboken, NJ hometown. This is a band that will never have its own (dysfunctional) reality-TV show.

No wonder Yo La Tengo was once sent to “rock school”:

Last night’s Commodore Ballroom show was a perfect example of this awful functionality. Yo La Tengo was both predictable – the extended jams that began and ended the show – and surprising, particularly an acoustic version of “Double Dare” from its 1993 Painful album (and a song that is, admittedly, a fave of this reviewer’s) and a lovely three-part a capella version of the Velvet Underground’s “I Found a Reason”.

During the two-or-so hour show, Kaplan repeatedly thanked opener Rose Melberg, the three band members continually traded instruments, and the setlist seemlessly slipped from new material (off its latest, Popular Songs) to older songs, from ’60s pop to instrumental guitar-drone to garage-rock and even punk (a tune from Condo Fucks’ Fuckbook album from last year, and which Kaplan dedicated to the late Vancouver club Richard’s on Richards, victim of condo-fication). 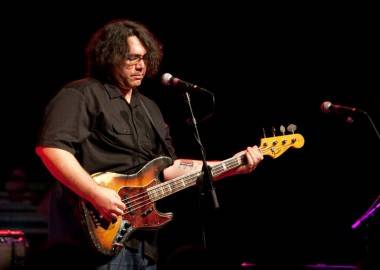 Like everything Yo La Tengo does, it was just right.

One response to “Yo La Tengo at the Commodore Ballroom”