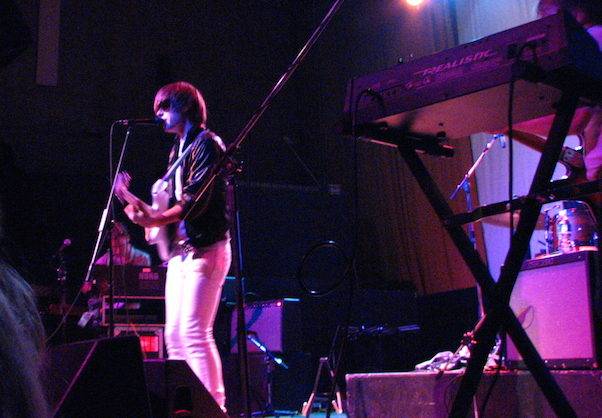 I say that with love because, as their set kind of fell flat and never really flowed, they did sound earnest. In spite of my predilection towards a “Safety first!” venue, I do like my music to have a bit of an edge to it – unfortunately the  quartet was a bit too generic and innocuous for my liking. In fact, with its heavy organ element, Plus Perfect came off sounding something like a drunk Police filtered through polka king Walter Ostanek (more likely is if Walter were to get hammered and start tossing off hits from ZenyattÃ  Mondatta).