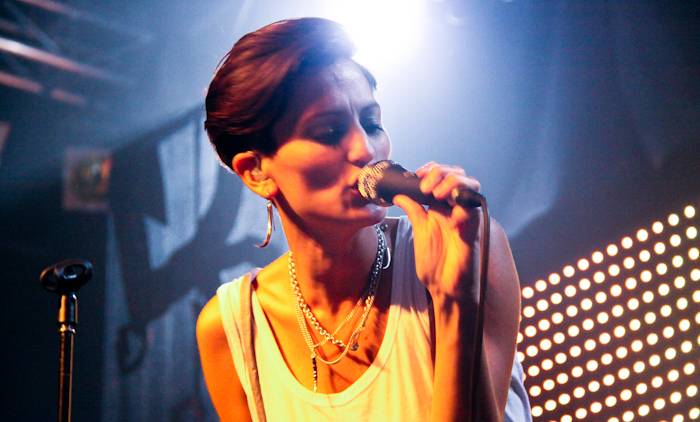 As the rain fell last night, a rambunctious crowd at Venue succumb to a coy mix of electro-pop and seduction. The Martina Sorbara-ledÂ Dragonette brought a powerful performance filled with throbbing beats, stunning vocals and an underlying sexual presence embodied by the frontwoman herself.

Bouncing out on stage in a pants-and-suspenders creation that tiptoed androgyny with utter sexiness, Sorbara flashed a devilish smile. The smile was clearly indicative of someone with something up herÂ sleeve.

Opening with the massively popular “I Get Around” off the band’sÂ debut album Galore, she stalked the stage withÂ a raw magnetism. Behind a keyboard, her husband/bassist Don Kurtz created an effervescent feeling reminiscent ofÂ the neon-laced ’80s. 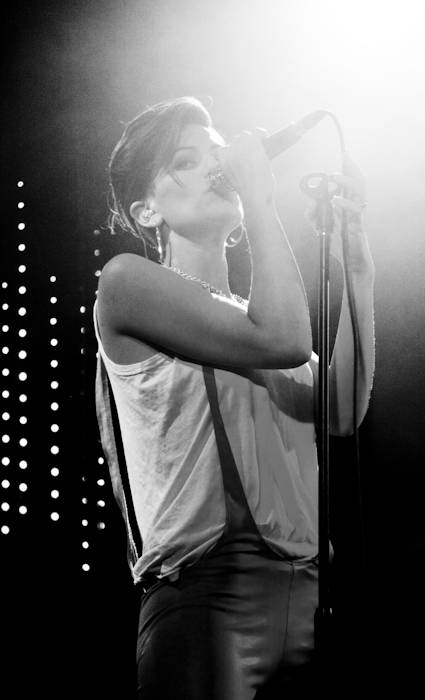 Closing with an encore that included “Gone too Far”, a clever song with a strong country flavour, Dragonette left the audienceÂ intoxicated by what they had just witnessed. It’s easy enough to see why Dragonette was nominated for a Juno award last year, as they skilfully meshed new wave, pop, snyth and rock into something truly phenomenal. Eat your hearts out, Killers.