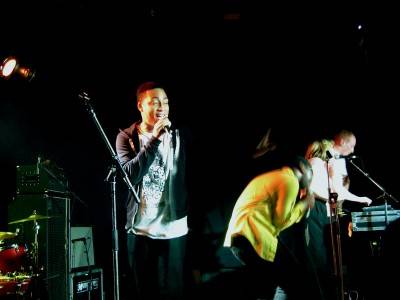 Herman Dune’s been a duo for the past few years, but David-Ivar Herman DÃ¼ne wandered out first with his guitar to play a few solo tunes. Clad in hipster-regulation fedora and full beard, he charmed the pants off everyone in the church with his prancing, bird-like dances around stage and sweet French-accented asides.

Brother NÃ©man eventually emerged to play the drums, and helped lead the audience in a mid-chorus sing-along to “I Hear Strange Music” that definitely suffered for lack of enthusiasm (David-Ivar: “My mother always tells me not to ask people to sing, because when they don’t do it loudly enough, it’s not good”).Â  In my defence, I was in the front row – I could feel their beady little eyes watching me! Stage fright! 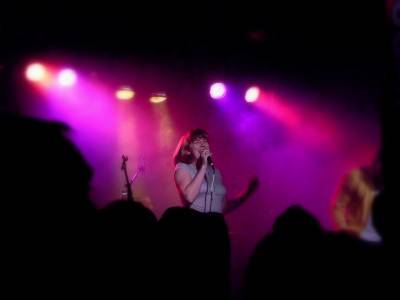